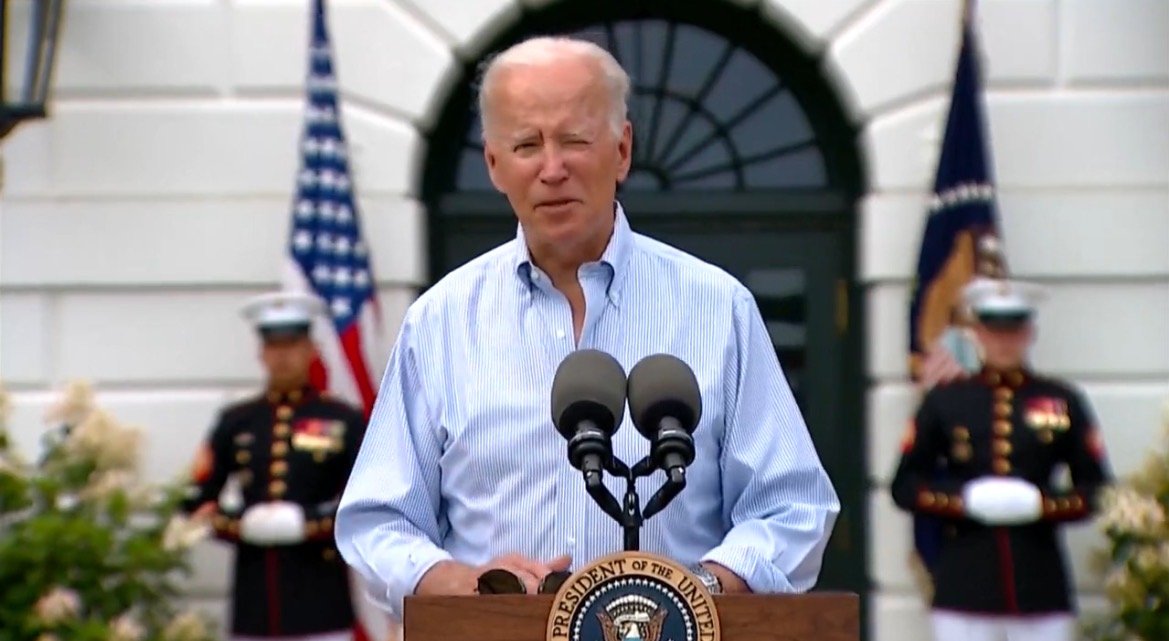 Joe and Jill Biden on Tuesday hosted a White House Congressional picnic on the South Lawn.

Kamala Harris joined the Bidens and stood next to Joe while he delivered remarks.

Joe Biden once again brought up the good old days of having lunch with segregationist James Eastland.

Biden has a history of speaking fondly of James Eastland.

In May Biden reminisced of the good old days when he would lunch with “real segregationists” during remarks in Ohio.

“Even back in the old days when we had real segregationists — like [James] Eastland and [Strom] Thurmond and all those guys — at least we’d end up eating lunch together,” said Biden.

Joe Biden reminisces about “the old days” when he used to eat lunch with “real segregationists.” pic.twitter.com/HxWuQlZJYq

During the 2020 election, Biden spoke about James Eastland.

The Senator that Biden spoke of affectionately during this story he told today?

Eastland is one of the two segregationist senators Biden praised last year for their “civility” pic.twitter.com/isB5Ssm4RQ

Here’s Biden telling the story in 2012, where he names Eastland pic.twitter.com/RlfgAP1TGW

The post Biden Talks About the Good Old Days of Having Lunch with Segregationist James Eastland (VIDEO) appeared first on The Gateway Pundit.