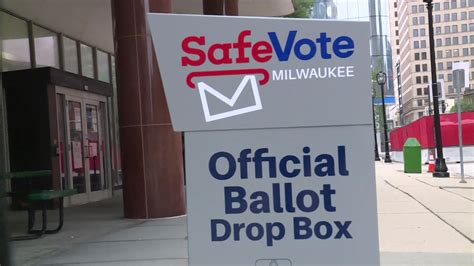 The Wisconsin Supreme Court recently ruled that absentee drop boxes are illegal in the State. However, in Arizona, a recent lawsuit by the Arizona GOP was shot down by corrupt Arizona Supreme Court Judges.

The court ruled 4-3 that unsecured drop boxes are illegal and may only be placed INSIDE election offices, confirming the preexisting Wisconsin Statute.

Another Maricopa County Election investigation also found that 740,000 ballots were accepted from vote centers and drop box locations without chain of custody documentation, in violation of Arizona Law.

Two women even pleaded guilty after a sophisticated ballot trafficking ring was busted by undercover investigators in Yuma County, Arizona.

The corrupt Judges dismissed this case, refusing to secure Arizona’s elections and hold the Secretary of State accountable for her lawless actions.

US Congressional Candidate Josh Barnett pointed this comparison out on Twitter.

And our Senate didn’t ban them. They actually voted the amendment down to ban them then passed absolutely nothing to fix what happens in 2020.

The Gateway Pundit previously reported on HB2289, which would have banned unconstitutional dropboxes, no-excuse mail-in voting, and corrupted voting machines. However, this bill died in the Senate before and was never taken to a vote on the Senate Floor.

Patriots in Arizona need to watch the polls and the dropboxes this election.