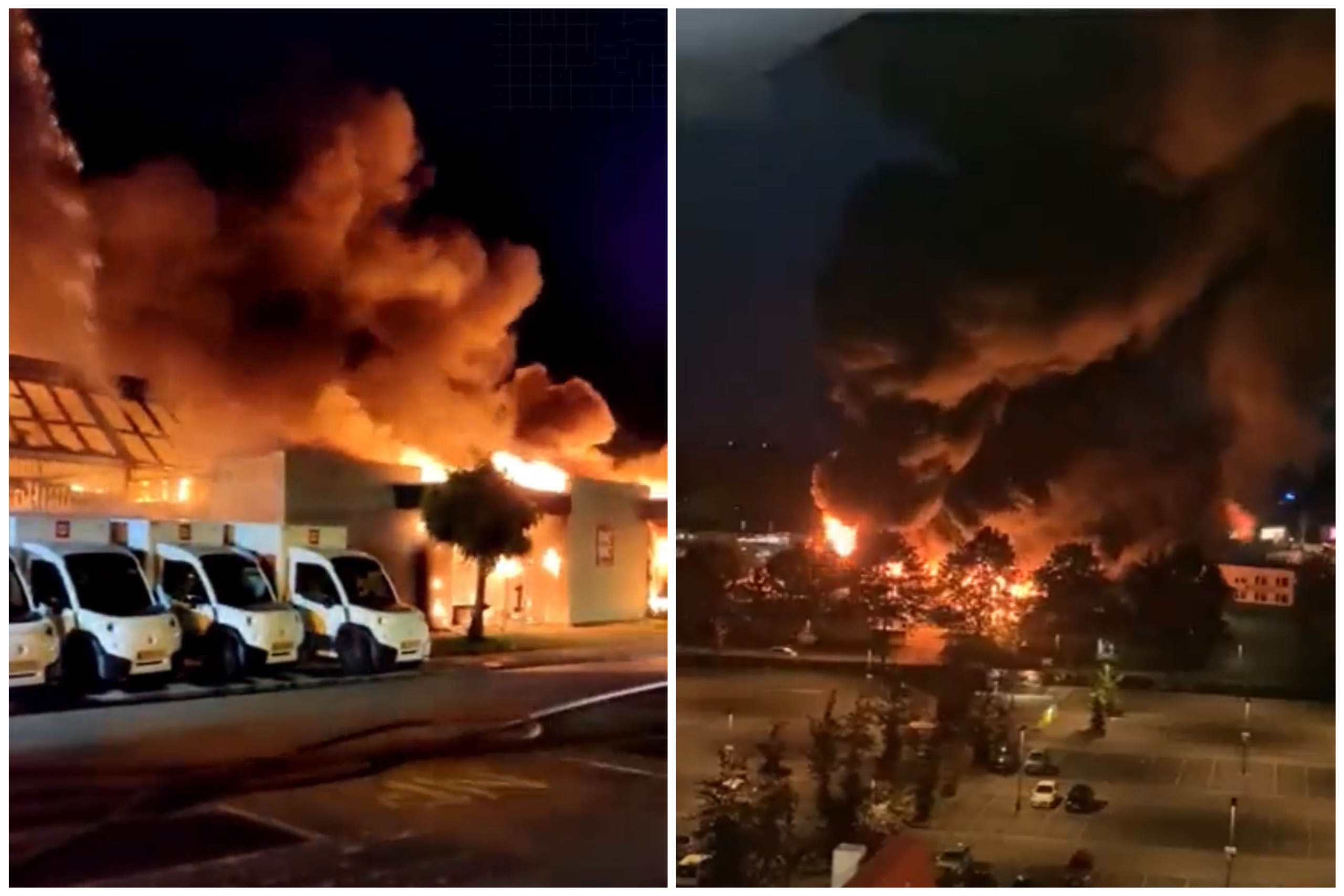 Massive fire at Picnic distribution facility in the Netherlands.

A massive fire broke out on Sunday night at a large ‘Picnic’ facility, an online grocery service based in Almelo, Netherlands.

The Picnic facility, which was funded by Bill and Melinda Gates Foundation, was destroyed by fire in the middle of the night, the Counter Signal reported.

Lewis Brackpool, a UK reporter for Rebel News, posted a video of the burning distribution center on Twitter.

A fire has spread rapidly at a “picnic” facility in Almelo.

Picnic in the Netherlands, is a supermarket company funded by the Bill and Melinda Gates foundation that delivers groceries with small electric cars.pic.twitter.com/Lg4UhjglEO

According to Reuters, Picnic has raised 600 million euros ($706 million) from investors in 2021, including The Bill and Melinda Gates Foundation Trust, to help speed up its expansion.

Picnic relies on its distribution model and technology to distribute food through electric Picnic vehicles (ePvs).

In April 2022, Picnic announced that it has opened its automated warehouse (FCA) to fulfill more than 100,000 customer orders per week.

“It still isn’t clear what the cause of the fire was or whether it is tied to the protests — though some have speculated it is in retaliation over the career-destroying nitrogen policy brought in by the Rutte government,” according to the Canadian website Counter Signal.

BOMBSHELL: Eva Vlaardingerbroek Exposes How Bill Gates May Be Connected to Taking the Farmers Land

“They [farmers] have livestock and they produce beef.
Guess who invested $600 million in Picnic last year? Right Bill Gates, the man who wants you to eat fake meat.” pic.twitter.com/bTzOG39JwN

The Gateway Pundit previously reported that thousands of Dutch farmers are blockading highways and food distribution centers to protest new Nitrogen rules that will force approx. 30% of Dutch cattle farms are out of business, according to government estimates.

Farmers sprayed the town hall of Lochem with liquid manure.

Lochem Netherlands Boom Farmers Protest #boerenprotest In retaliation to the proposed Govt Nitrogen Emission Cuts, The Farmer’s give Lochem Town Hall a healthy dose of their own Horseshit pic.twitter.com/d0Ks2eNmYY

Dutch farmers have issued an ultimatum threatening to block the country’s airports, ports, and distribution centers.

After politicians’ decision to close dozens of farms and cattle ranches to reduce nitrogen to comply with absurd EU regulations on nitrogen pollution, the angry Dutch farmers have issued an ultimatum threatening to block the country’s airports, ports and distribution centers. pic.twitter.com/q4zcmI1PjU