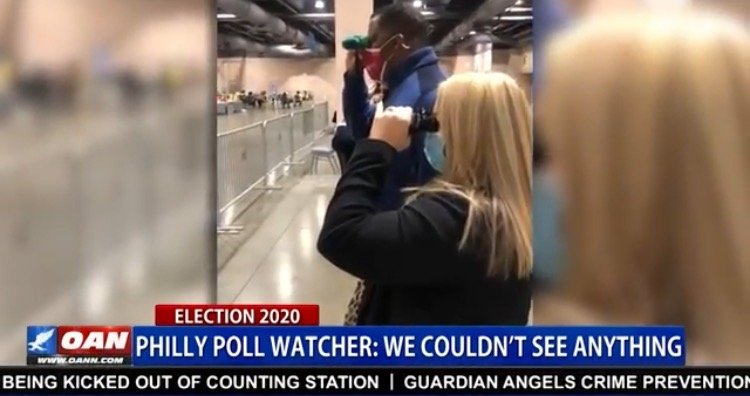 An Arizona County elections director appears to be unconstitutionally discriminating against conservatives in the vetting process for 2022 Election poll worker applicants.

The steal is on across the state, starting with the poll workers.

Concerns have been raised in one southern Arizona county that the local elections director is potentially violating the U.S. Constitution and state law by vetting poll worker applicants based on their political ideology and attempting to scare off others by asking several in-depth questions about technology issues.

In Arizona, each of the 15 county board of supervisors must appoint several election (or poll) workers for the upcoming Aug. 2 primary election. Those appointments include one election inspector, one marshal, two judges, and “as clerks of election as deemed necessary” for each election precinct or voting center depending on the process used by a county.

Precinct polling stations have been replaced in Cochise County by 17 voting centers which allow registered voters to cast their ballot in person at any of the centers. And any of those voters who want to perform a civic duty -or simply earn $120 for one day’s work- by serving as poll workers must first pass muster with Elections Director Lisa Marra.

State law applies minimal criteria for poll workers, who are provided training by the county in advance of election day. One requirement is that the worker be a qualified voter in the county. Another requires no change to have been made to the voter’s political party affiliation (or no party preference affiliation) since the last general election.

However, questions are being asked about the process Marra implemented for selecting Cochise County’s poll workers. Specifically, there are concerns she is applying a sort of “political thought” litmus test when reviewing applications.

Among the concerns is a question on Cochise County’s application about the voter’s motivation for wanting to serve as a poll worker. This has caused some consternation given that Marra has posted dozens of negative comments on social media about voters who are concerned fraud influenced the 2020 General Election, particularly the presidential race.

As The Gateway Pundit previously reported, Cochise County Elections Director Lisa Marra lobbied for HB2839, which was passed to strip all local political parties of their voices. This bill would radically alter the process for selecting Party Precinct Committeemen in the state by removing the election process and changing them into appointed roles. This was an attack on the MAGA grassroots Republicans, a classic McCain move by Arizona House Speaker RINO Rusty Bowers.

Republicans in the legislature later repealed the section that would terminate Precinct Committeemen elections by passing HB2840 and SB1720.

Here we are. For all the Q followers the past 4 years. What a massive “jokes on you moment”. It would be hysterical if it wasn’t so detrimental to people. All people. Not just voters. They deliberately undermined voter confidence. And so many took the bait. Scary how easy it was.

Mara attacked the audit on numerous occasions in her unhinged Twitter rants.

Speak up. We know the few majority party who has been outspoken. I applaud them. Not easy to be attacked and they have been. SO HAS EVERY ELECTION OFFICIAL IN THIS COUNTRY. And we’re not even elected. Speaking up has cost us our job in some cases. Stop this #fraudit #Arizona https://t.co/Mgx6GUAeug

In Arizona, the county chairs of the Democratic, Republican, and Libertarian parties have certain legal rights related to how local elections are conducted. However, Robert Montgomery, the chair of the Cochise County Republican Committee, says Marra has so far refused to provide him with a tentative list of the Republican poll workers under consideration.

Montgomery says Marra told him he could find out the names when they are made public at an upcoming board of supervisors meeting.

Marra may not wish to make the list of tentative of poll workers available at this time, but a public records request has been filed with the Cochise County Attorney’s Office to determine which of Cochise County’s 2020 poll workers have undergone training for the upcoming 2022 Primary Election.

This is of interest because Arizona law requires county boards to “whenever possible” appoint election inspectors at each voting center who have had previous experience as an inspector, judge, marshal or clerk of elections. Any Republicans who worked the 2020 General Election and expressed an interest in serving this year, but who have been dropped from consideration by Marra, could be a sign that discriminatory practices are being used, the attorney noted.

Concerns with Cochise County’s poll worker selection process goes even further, according to some election watchers. They point to the county’s application which includes a series of personal questions about the applicant’s comfort level with technology.

That line of questioning could be seen by a court as an effort to scare off older applicants, especially due to the fact most poll workers need only a low level of technological prowess which the Cochise County website notes is included in the required training course.

Taken together, it raises the specter of a court challenge against the primary election results in Cochise County, according to several interested parties.

In other Arizona Counties like Maricopa County and Santa Cruz County, applicants for poll worker positions are asked very basic questions regarding their identification, voter registration, and previous experience.

However, the Cochise County Election Poll Worker Application asks more in-depth and invasive questions that appear to be targeted against voters who are concerned about election integrity.

Some questions from the Cochise County application include:

What election positions are you interested in and why? What is your motivation for serving as a Poll Worker?

Are you interested in the opportunity to learn how to use new election technology?

When you purchase a new piece of technology (ex. Computer, cell phone, TV, wireless router, etc.), do you prefer to do the initial set-up yourself or have someone else do it for you?

Are you comfortable using a touchscreen or kiosk, such as an ATM or the self-checkout at a store?

Have you ever called tech support for a personal device (computer, phone, internet, etc.) and had them successfully talk you through troubleshooting an issue?

How comfortable are you when adapting to new technology?

These questions are clearly aimed at voters who do not trust the machines and demand secure paper hand-counted ballots.

Arizona Republicans must sign up to watch the polls and stop the fraud this election.