Rebranding Elitism: Calling The Liberal World Order For What It Is

Rebranding Elitism: Calling The Liberal World Order For What It Is

Authored by Mark Jeftovic via BombThrower.com,

Today’s elites are caught in a dilemma: nobody wants what they’re selling.

They promised a world where under their expert management, the economy would function unfailingly, there would be peace in our time, and when the pandemic hit they had it all under control (anybody remember “Two weeks to flatten the curve?”). They even tease us with transhumanist visions of perpetual bliss in a metaverse and the abolition of death itself.

All we have to do in exchange for these trappings of an AI driven post-singularity bliss is cede our sovereignty and our individual free will. Sure, we get decide the little things for ourselves. iOS or Android. Pfizer or Moderna. But for really big issues, like “how will we ratchet down the living standards of every plebeian on Earth in order to deal with this debt bubble climate change, all of this has already been decided. You’ll get to choose how you want to follow the rules, not whether the rules are fair or even make any sense (it’s called “subsidiarity”).

But there’s a problem. A big one.

It threatens the bring down the elites and even the idea of globalism itself:

The problem that is none of their policies are working. In fact they’re actually causing even more damage to the global economy and unleashing greater havoc on the social fabric:

To top it all off, looking at the data coming out now it would not surprise me if we figure out that the vaccines are doing more damage than COVID ever did.

The elite response has included incessant rebranding, from “The Great Reset” and “Build Back Better”, to “Stakeholder Capitalism”, or so called “Woke Capitalism”, and then (the short lived and lame) “The Great Narrative”.

The “Liberal World Order” is the latest incarnation of this branding exercise. This is the new name for the hill the peasants are expected to die on…

What the Liberal World Order actually is

To understand what the ruling elites are trying to achieve, it helps to look at the worldview of one of the high priests of globalism: Henry Kissinger and his book, simply titled “World Order”.

The era we have been in since a group of treaties were signed in the mid-1600’s that ended The Thirty Years War is defined as The Peace of Westphalia. It codifies the nation state as supreme sovereign within its borders. It conferred legitimacy to rule on each sovereign, be it a monarch, or a democracy or some kind of hybrid.

The supreme objective of the Westphalian system was to achieve world order through balance of power. No more total wars, like the Thirty Years War. Just limited ones to fine tune (“recalibrate”, in Kissinger’s terms) power shifts between nations.

One characteristic of the Westphalian system was that there was indeed an undeclared, albeit widely acknowledged, hegemon, who acted as the guarantor of “the rules based order” of the day. It used to be the United Kingdom, but after World War II became the United States.

However make no mistake, the Westphalian system was not democratic, even if some of its building blocks were nominally democracies. It was

“a new era of Enlightenment governance by benevolent despotism which was legitimized by its effectiveness, not ideology”.

Kissinger was referring specifically to Frederick II of Prussia in that passage, but it accurately encompasses his overall approach to statesmanship. (I’ve heard it said that the difference between Machiavelli and Kissinger was that Machiavelli was an idealist, but that Kissinger is a Machiavellian – the source eludes me, sorry)

To its credit, the Westphalian system enabled human flourishing, not seen since before the Dark Ages. The developments we call the Enlightenment and Renaissance became unstoppable waves of change, under which the level of intellectual abstraction and socio-economic decentralization undertook a quantum leap, and with it, the living standards of the masses.

Make no mistake, the machinations of rival states and ever-shifting alliances required a lubricant, and that was an elite class that could inject congruent agendas across all spheres:

“International orders that have been the most stable have had the advantage of uniform perceptions. The statesmen who operated the eighteenth century European order were aristocrats who interpreted intangibles like honour and duty in the same way and agreed upon fundamentals. They represented a single elite society who spoke the same language… a sense of overarching common purpose was inherent. Power calculations in the eighteenth century took place against this ameliorating background of a shared sense of legitimacy and unspoken rules of international conduct.”

The big loser, was the Catholic Church. Since the Fall of Rome, they had inexorably centralized all the power, inserted themselves as sole arbiter of spiritual truth, became the largest land owner in the world, and who basically decided and enforced the “social contract” for most of the known world.

They too, were the guarantors of a world order of sorts in their day. Arguably less effectively than what was achieved under the Westphalian framework.

The Catholic Church’s hegemony was doomed, because it was attempting to maintain its order on an increasingly obsolete worldview. Settled science of the day included that the heavens revolved around the earth and the Bubonic Plague was caused by Jews.

Like the preceding order before it, the Westphalian system is started to break down over a century ago, disrupted by revelations on par with “the world is not flat” (like the discovery of quantum mechanics that consciousness precedes matter) not to mention self-inflicted follies like the advent of central banking and fiat money.

It’s no surprise that the Westphalian Peace was economically supported by large periods of gold backed money and only started to breakdown in earnest when combatants abandoned sound money to fight the world wars of the 20th century.

What we have today is the the transition of the Westphalian System to whatever comes next, and its still a little early define what that next phase is (In my old podcasts with Charles and Jesse we used to call it “The Network State”. That phrase turned out to be coined earlier by Balaji Srinivasan who’s new book by that name just came out).

When the Catholic Church entered its long descent, they fought it tooth and nail. The Holy Inquisition, which lasted centuries and inflicted untold misery, can be seen as the last, frantic clinging to relevancy and power by a system that was being outrun by history.

So too, the elite class that lords over the Westphalian System (known in our time as “globalism”), will not go easily into that good night. Via technocratic authoritarianism, promulgated under harmless sounding platitudes (“recalibrating” your rights, “reset” the system, “re-imagining” your future), it will cause immeasurable harm and destruction, only to ultimately fail for the sole reason of trying to shoehorn outdated modes of organization (top-down force of the state) on a new, incompatible reality (decentralized networks secured by public-key cryptography).

The silver lining of pandemic is that it has acted as a catalyst, pulling forward decades of creeping totalitarianism and compressing it into 18 months, has resulted in a quickening of this transition. The Liberal World Order’s manipulations to manage the pandemic and to control this wider transition are simply accelerating it, into something foreign to legacy institutions and beyond their control.

These machinations include these incessant and frantic rebranding exercises. The aspiration behind all of these labels is that they are trying to condition into your psyche, as if it were objective fact, that the natural order of things is that they get to set the rules and we get to follow them.

However the growing perception among the public, is that with every policy failure and each rebranding iteration, these elites are conceding that they are, in fact, losing control, losing relevance …and scared.

Each renaming emphasizes their aloofness, showing how their obsessions with models and nomenclature in their minds trump results and reality. By enacting draconian, one-sided arbitrary dictums that have backfired catastrophically, they’ve produced untold misery and destruction. Now they want to double down and keep running the show.

The biggest difference between the shift half a millennia ago and this one is the speed with which it is happening. Where entire generations were born, lived and died without ever experiencing any noticeable change in the order of things, today we see it changing in realtime. 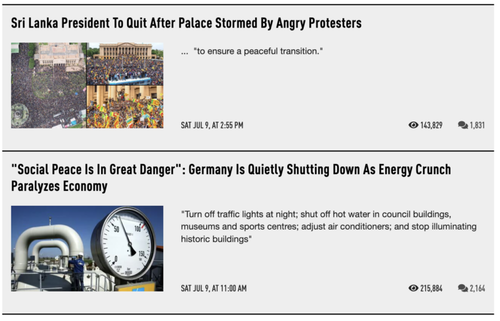 The New Order is Emergent

As Kissinger ruminates near the end of ‘World Order’, we’re in the Twilight of the Westphalian system:

“In the world of geopolitics, the order established and proclaimed by Western countries stands at a turning point. It’s nostrums are understood globally, but there is no consensus about their application; indeed concepts such as democracy, human rights, and international law are given such divergent interpretations that warring parties regularly invoke them against each other as battle cries”

What humanity is gradually figuring out is that true order is emergent. Market signals traverse the medium of individual experience in a way that often defies institutionalized understanding, especially when those institutions insist on being informed by outdated modes of thinking.

For example, why in Canada, where 85% of the population took two doses of vaccines in order to become “fully vaxxed” are we now the lowest uptake of third shot boosters in the G7?

Could it be because many have had more friends, family and acquaintances die “suddenly” and “unexpectedly” in the last year, than they had die of COVID? https://t.co/Q7ZzeywDfC

In decentralized, multi-polar architectures, understanding signal is more of an art than science, especially given the incessant distortions inflicted by legions of corporate media “fact checkers”.

In this coming era of network states and legions of sovereign individuals (empowered by holding unseizable, frictionless capital in form of Bitcoin and other digital assets), formalized top-down frameworks are doomed not only to fail, but to exacerbate problems.

“Every international order must sooner or later face the impact of two tendencies challenging its cohesion: either a redefinition of legitimacy or a significant shift in the balance of power” 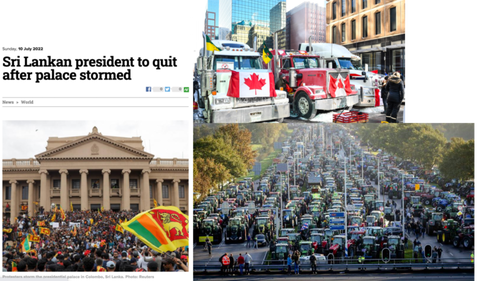 Sign up for The Bombthrower mailing list to ge updates straight into your inbox and get a free copy of The Crypto Capitalist Manifesto while you’re at it. Follow me on Gettr, Telegram or if you haven’t been kicked off Twitter yet, there.