Investors dumped petroleum-related derivatives last week at one of the fastest rates of the pandemic era as recession fears intensified.

Hedge funds and other money managers sold the equivalent of 110 million barrels in the six most important petroleum-related futures and options contracts in the week to July 5.

Fund managers have now sold a total of 201 million barrels in the past four weeks, according to position records published by ICE Futures Europe and the U.S. Commodity Futures Trading Commission. 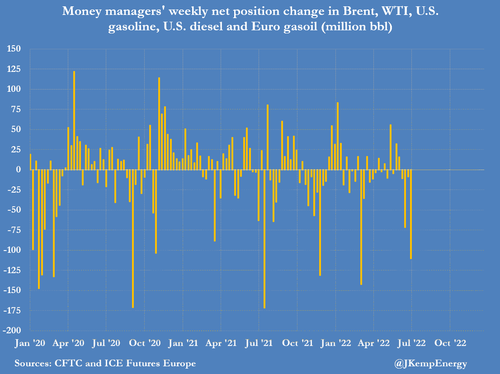 The combined position has fallen to only 445 million barrels (in only the 22nd percentile for all weeks since 2013) down from a recent high of 761 million in early January (71st percentile). 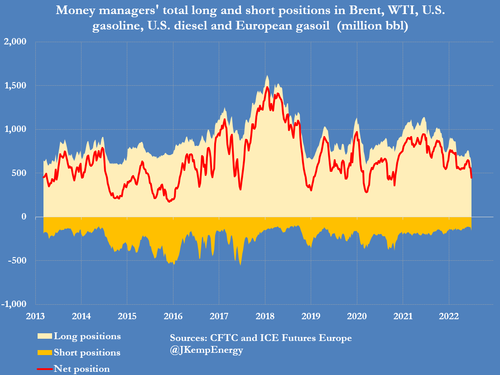 Most of the adjustment last week came from the liquidation of previous bullish long positions (-71 million barrels) rather than the creation of new bearish short ones (+39 million). 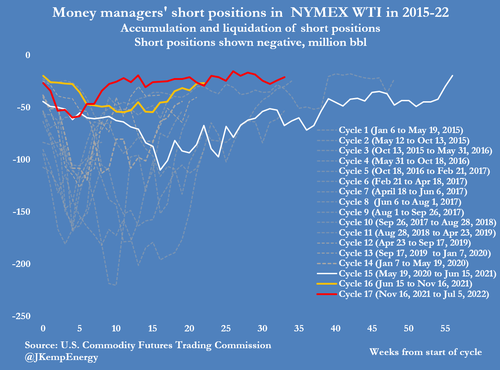 The hedge fund sector’s bullish bias has evaporated, with long positions outnumbering short ones by a ratio of 3.82:1 (44th percentile) down from 6.68:1 as recently as four weeks ago (83rd percentile). 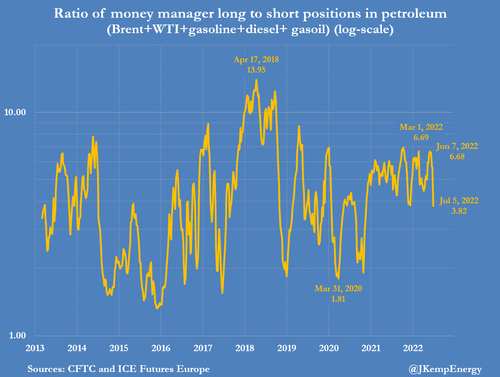 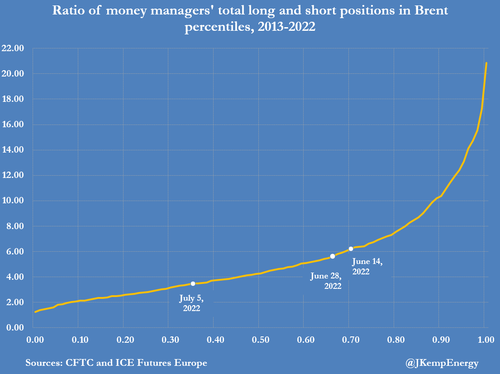 Last week’s sales were led by Brent (-54 million barrels) and NYMEX and ICE WTI (-41 million), but there were also sales in U.S. gasoline (-8 million) and European gas oil (-7 million). Only U.S. diesel was unchanged.

The combined middle distillate position (gasoil and diesel) has fallen for three weeks running by a total of 17 million barrels and is now at its lowest for 18 months. 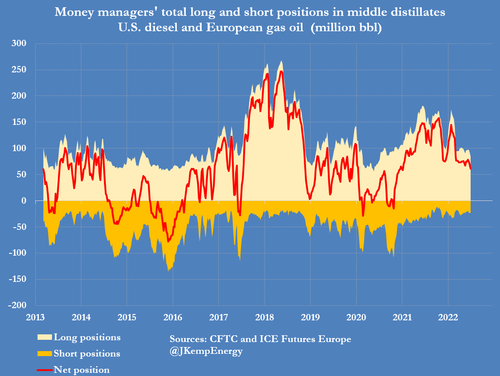 Distillates are the most sensitive to the business cycle and both the number of positions and the long-short ratio have fallen to levels consistent with an economy entering a period of slower growth. Only the shortage of refinery capacity and low inventories are probably preventing the distillate position from falling even further.

There is no such support, however, for crude oil. The combined position has fallen to only 339 million barrels (13th percentile) with a long-short ratio of 3.77:1 (37th percentile). 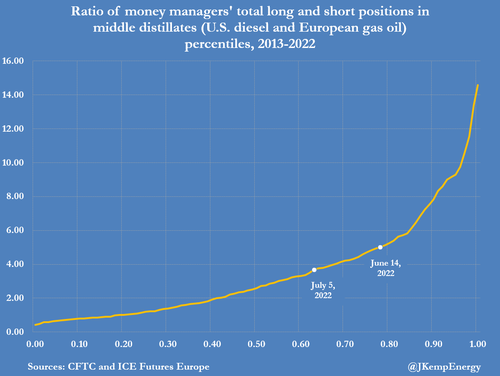 Portfolio investors are now positioned for a mid-cycle slowdown or cycle-ending recession that is expected to relieve current oil shortages and rebuild depleted inventories over the next 12 months.