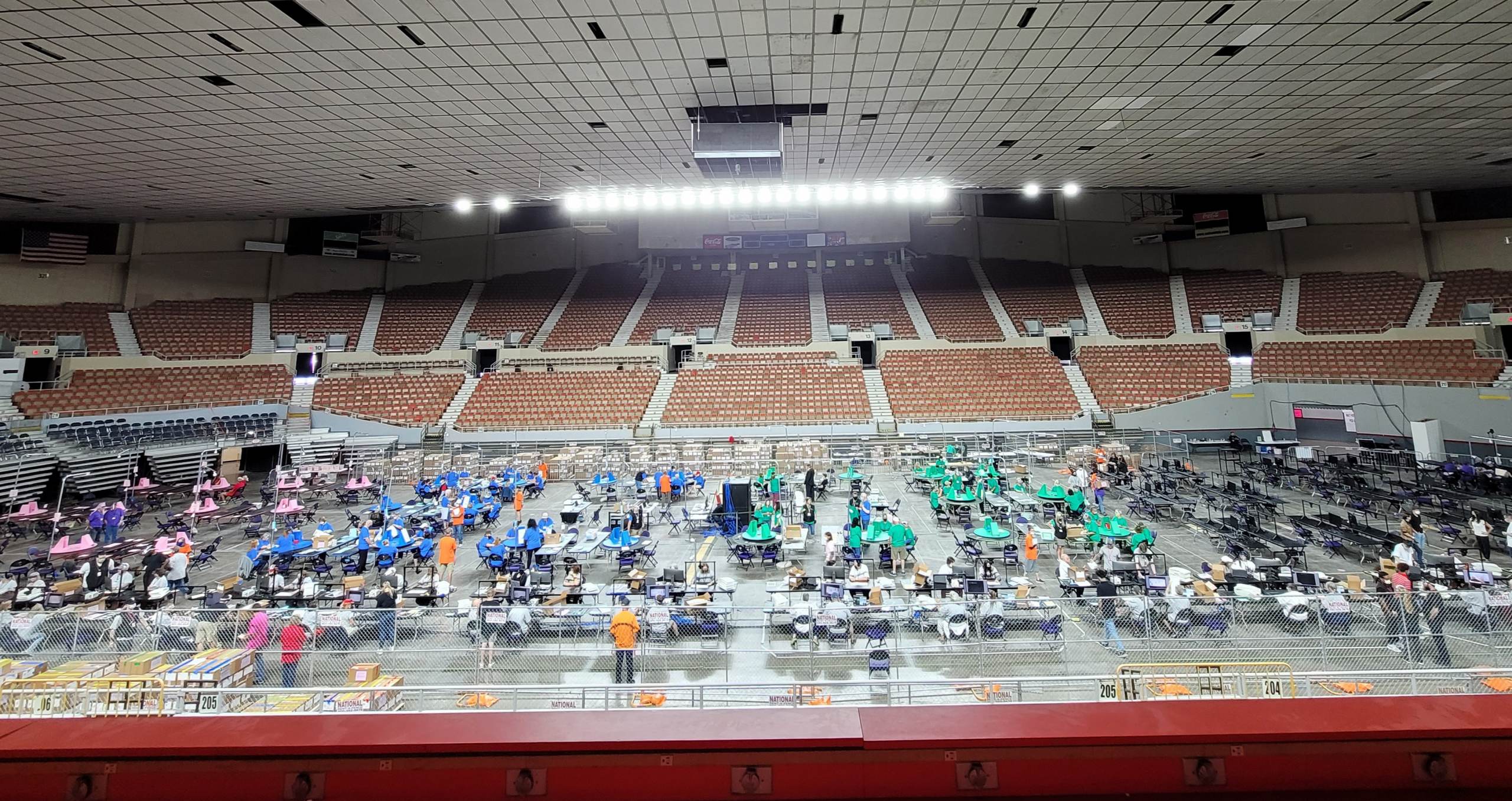 More “mistakes” are taking place ahead of Arizona’s 2022 Elections.

Pinal County elections officials have reportedly sent out 63,000 erroneous ballots to voters ahead of the August 2nd Primary Election.

The Gateway Pundit has already reported on some of the upcoming election scams by unscrupulous election officials following the Fraudulent 2020 Election in Arizona.

Unintended mistakes happen in our daily lives, in the workplace, and even in government. But one thing Arizonans dislike is when bureaucracy tries to shut up someone who wants answers to why a mistake isn’t being addressed.

Such is the situation for Tiffany Shedd, a longtime Pinal County resident and candidate for Arizona Attorney General who could not get a straight answer for why the new county-issued voter ID cards listed her and her family’s address as Casa Grande instead of Eloy.

A deputy county attorney recently told Shedd she could no longer contact county elections officials about the problem. And now county officials have admitted that the voter ID card problem was just the tip of the iceberg.

Shedd spoke with AZ Free News about her experience and her frustration that the county has now acknowledged it sent about 63,000 voters in some Pinal County cities and towns incomplete ballots due to issues with precinct address coding.

And an undisclosed number of voters in unincorporated areas of the county community received ballots listing municipal races the voters are not eligible to cast a vote for.

“This is an absolute disaster which is not a Republican or Democrat issue, this hurts everyone,” Shedd says. “It is a huge problem to receive a ballot for an election that we are not qualified to vote in, and to be denied the opportunity to vote in your own city’s elections Is it any wonder people are questioning whether our elections are free and fair?”

For Shedd, concerns about the 2022 Primary Election started several weeks ago with the receipt of their voter ID cards.

“My family and I have been trying to get our address corrected for weeks after we noticed our town was changed on our voter ID cards from Eloy to Casa Grande,” said Shedd, adding that she was concerned their ballots would be challenged due to the incorrect address issue.

However, she says the Pinal County Recorder’s Office “was hostile” toward her queries and then a deputy county attorney told Shedd to stop calling election officials about the discrepancy.

Just as bad, says Shedd, is the fact county officials provided contradictory excuses for why no one would change their address back to Eloy. Among the excuses were that the County Assessor changed their legal address, that the Arizona Secretary of State did it, and that redistricting altered their property address.

One of the most head-scratching reasons given was that 9-1-1- services were somehow responsible for changing their voter registration data, Shedd said.

The deputy county attorney who told Shedd to stop her inquiries also told her not to worry about the address issue because the family would receive the correct ballots. Shedd responded by filing an online complaint with the Arizona Attorney General’s Office (AGO).

Then on Friday, Shedd’s frustration turned to disbelief when her son received a ballot which included the Casa Grande City Council race even though the family home is not within the city limits. She soon learned thousands of voters in Apache Junction, Casa Grande, Eloy, Mammoth, Maricopa, Queen Creek, and Superior got ballots without the municipal races.

Pinal County in agreement with the Arizona Secretary of State’s Office will send supplemental ballots to those 63,000 or so voters whose original ballots were missing one or more municipal races. But the new ballot will only list the missing races, so voters must also use their original ballot for all the federal, state, and legislative contests.

In the meantime, voters in unincorporated areas of the county who have municipal races included on their ballots should complete the portions for the federal, state, and legislative contests. They can simply ignore the municipal races, but Daniels says even if someone casts a vote for one of those races the tabulation system will not count anything from illegible voters.

Some voters in Pinal County will now be required to vote on two separate ballots.

The Democrats are trying to steal another election, and Patriots cannot let them get away with it.

The post BREAKING: Incorrect Ballots Sent To About 63,000 Arizona Voters Weeks AFTER Officials IGNORED CONCERNS – 63,000 Supplemental Ballots To Be Printed appeared first on The Gateway Pundit.