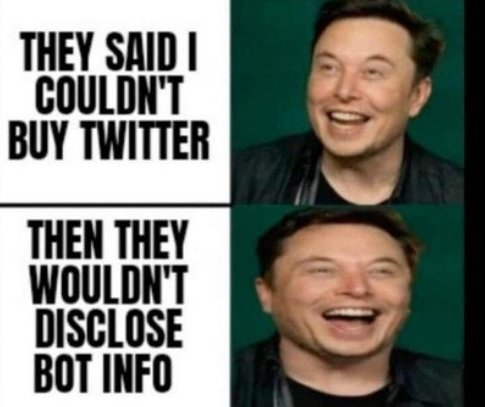 OMG!  This is big. Elon Musk drops two huge tweets on Twitter in Twitter. This is the best.  He’s just toying with them now!!!

Elon Musk unleashed two tweets on Twitter where he totally destroys Twitter. This is the best – even Trump-like.  In the first tweet, Musk explains the current situation: Then Musk brings in the unbeatable Chuck Norris.  It’s over.

Meanwhile, Twitter’s shares are down 8% in pre-market trading.