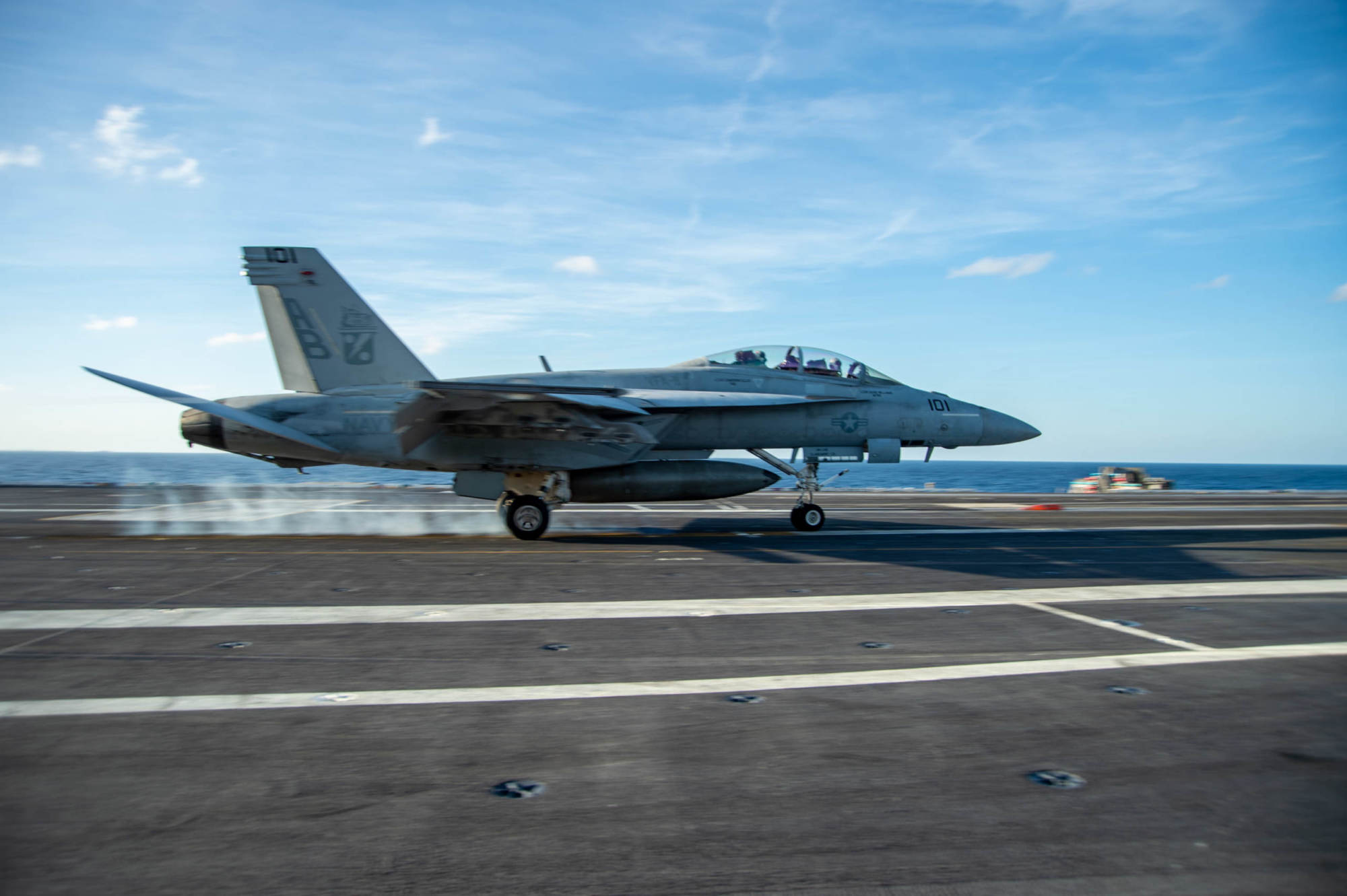 The Navy announced Sunday that a F/A-18 Super Hornet fighter jet was blown off the deck of the USS Harry S. Truman into Mediterranean Sea on Friday due to “unexpected heavy weather” during a replenishment-at-sea. The Navy is considering a salvage operation to retrieve the lost jet. One sailor was reported to have incurred minor injuries in the “unexpected heavy weather.” No one was in the jet when it was blown into the sea according to the Navy. NAPLES, Italy — On July 8, 2022, an F/A-18 Super Hornet assigned to Carrier Air Wing (CVW) 1, embarked aboard USS Harry S. Truman (CVN 75), blew overboard due to unexpected heavy weather in the Mediterranean Sea. The carrier was conducting a replenishment-at-sea, which was safely terminated through established procedures.

All personnel aboard the ship are accounted for.

One Sailor received minor injuries while conducting operations during the unexpected heavy weather. The Sailor is in stable condition and expected to make a full recovery.

Details and the cause of the incident are under investigation.

The Navy has not yet made a determination if the service will recover a F/A-18 Super Hornet that blew off the deck of USS Harry S. Truman (CVN-75).

The service announced Sunday that the Super Hornet was blown overboard on Friday due to heavy weather in the Mediterranean Sea. There was no personnel in the aircraft at the time, U.S. Naval Forces Europe-Africa spokesperson Cmdr. Richlyn Ivey said in a statement to USNI News on Monday.

U.S. 6th Fleet is still reviewing how to recover the aircraft, Ivey said. The Super Hornet is assigned to Carrier Air Wing 1, but the Navy did not specify the squadron. A sailor was injured due to the heavy weather, but they are in stable condition with a full recovery expected, according to a Navy press release.

The Super Hornet mishap is under investigation, according to 6th Fleet.

USNI reported in March the Truman was in the Med to support NATO during Russia’s war on Ukraine (excerpt):

For the longest stretch in decades, the Mediterranean Sea has played host to the deafening roar of U.S. carrier aircraft launching into Europe.

Since December, the Harry S. Truman Carrier Strike Group, Carrier Air Wing 1 and its escorts have been operating in the Adriatic and Ionian seas launching 80 to 90 sorties a day as far north as Lithuania for a variety of missions with NATO-allied aircraft from Romania, France and Italy. Some fighters launched from Truman are training, while some are set to police NATO’s airspace and prevent Russian aircraft from violating those borders.

This 2018 video by the Navy shows a F/A-18F Super Hornet taking off from the Truman.

For those who missed it last month, this is what Biden’s woke military is focused on: Pronouns.