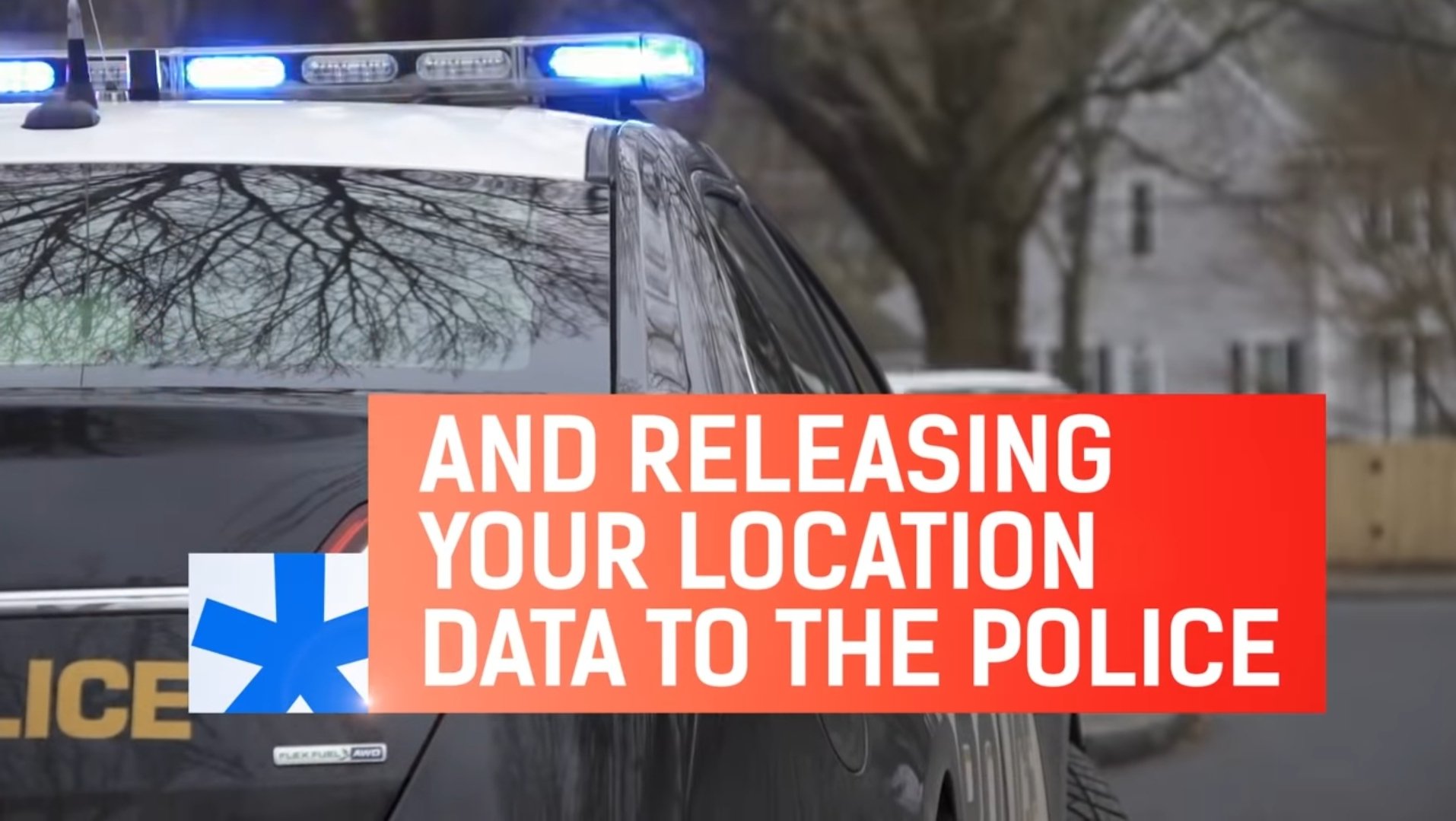 Big brother just got a little bigger with the help of corporate America.

A new bombshell report by the Electronic Freedom Foundation (EFF) has blown the lid off of the “vast, secretive” partnership between private companies and the federal government to surveil and track the movements of millions of people.

According to the EFF, the Biden Regime’s alphabet agencies, including ICE, the FBI, US Secret Service, the Department of Homeland Security (DHS), and the Department of Defense (DoD), as well as state and local law enforcement, are being funneled hordes of private cell phone location data by private brokers who harvest the information.

This is the same tactic that Gregg Phillips, Catherine Engelbrecht, and True The Vote used for their investigation into the mail-in ballot dropbox fraud during the 2020 election. The cell phone location data collected by this group was used to identify the network of Democrat operatives who committed mass election fraud, as seen in the recently-released documentary “2000 Mules.”

Well, unfortunately – yet, predictably – the strategy has quickly been turned against the American people for the benefit of the DC Swamp.

Using similar data brokers, the feds are now able to purchase millions of records en masse about the private location of law-abiding citizens – which, surely, is something that should amount to a serious violation of our right to privacy under the 4th amendment. However, many apps on mobile devices actively track and record a user’s location at all times, which the federal government takes full advantage of.

Once a user allows an app access to their location, the company essentially has “free reign” to share the data with nearly no restrictions. Once it is harvested, the government comes along and buys the data in bulk and uses it in surveillance operations, according to the EFF report.

Little is known about the specifics of how this data is being used.

“Once in government hands, the data is used by the military to spy on people overseas, by ICE to monitor people in and around the U.S., and by criminal investigators like the FBI and Secret Service…

…While several contracts between data brokers and federal agencies are public records, very little is known about how those agencies actually use the services. Information has trickled out through government documents and anonymous sources.”

Some of the most prevalent sellers of this location data include Venntel – which is contracted to supply data to the IRS, the DHS and its subsidiaries ICE and CBP, the DEA, and the FBI – Babel Street – which specializes in “open-source intelligence” and is “widely used” by the military, intelligence agencies, private companies, and federal, state, and local law enforcement – and Anomaly 6 – which collects data via software development toolkits (SDKs) in “more than 500” mobile apps and works closely with large government clients, including the Defense Department, the Justice Department, and the intelligence community, according to EFF.

These agencies pull data from tens of thousands of apps and social media platforms and amount to just a fraction of the multi-billion-dollar industry. The business is so lucrative that virtually every app that’s available for mobile devices in the United States collects and records location and other sensitive data. So much so that the EFF report claims it is nearly impossible to determine which apps are safe or not.

For example, Venntel – by itself – claims to collect location data from over 80,000 apps. So, very few – if any – are safe from this type of personal privacy exposure.

What’s even more concerning is that the app developers themselves have no affiliation whatsoever with the large data brokers who sell the data. It’s essentially a free for all with people’s private information.

“Because much of its data comes from other brokers, most of these apps likely have no direct relationship with Venntel. As a result, the developers of the apps fueling this industry likely have no idea where their users’ data ends up. Users, in turn, have little hope of understanding whether and how their data arrives in these data brokers’ hands.”

Most troubling of all, though, is the fact that Venntel’s data is “disaggregated and device-specific,” which makes it easier for the data “to point right to you,” the EFF warned. Once they pinpoint the data to an individual, there is no way to “deidentify.”

Talk about a clear violation of privacy. Keep in mind, its federal law enforcement agencies – under the Biden regime – that are the ones currently buying this data up en masse.

“Practically speaking, there is no way to deidentify individual location data. Information about where a person is and has been itself is usually enough to reidentify them. Someone who travels frequently between a given office building and a single-family home is probably unique in those habits and therefore identifiable from other readily identifiable sources. One widely cited study from 2013 even found that researchers could uniquely characterize 50 percent of people using only two randomly chosen time and location data points.”

Unfortunately, Venntel’s creepy capabilities don’t end there, either. The company’s technology allows users to search for specific devices in a certain area. Paid users (feds) can also search for other unique device identifiers, allowing for easy tracking. This information would allow users to track the movements of individual devices in great detail when they move between work, home, and other activities.

One former employee of the data firm explained to Motherboard News that it doesn’t even matter if the location data doesn’t include specifics like names or phone numbers, “you could definitely [still] try and identify specific people.”

Thanks to its robust capabilities and dystopian tracking features, the Feds have utilized Venntel more than the other brokers. The Federal Procurement Database reveals that the DHS alone has paid at least $2 million for location data products from the company. The FBI has also contracted the company, paying $22,000 for a single license to access the platform, according to a heavily redacted document that was obtained by the EFF.

Nevertheless, Venntel is just the tip of the iceberg. An untold amount of taxpayer funds have gone towards this clear violation of privacy.

Once this data is possessed by the Feds, it is entered into the federal Information Sharing Environment (ISE) and is made available to hundreds of state, local, and federal agencies, according to the EFF. This allows for the federal government to unconstitutionally surveil and track millions of Americans with nothing resembling a warrant and absolutely no probable cause.

This is beyond criminal. Where are our elected officials?

The post Biden Regime and Feds are Buying Cell Phone Location Data on Millions of Americans Through Private Brokers – Same Type of Data Used by ‘2000 Mules’ Investigators appeared first on The Gateway Pundit.