AVOID AT ALL COSTS: “Thor Love and Thunder” – Unless You Like Woke Movies Where Even the Rock People are Gay and Having Babies and The Queen is a “King” 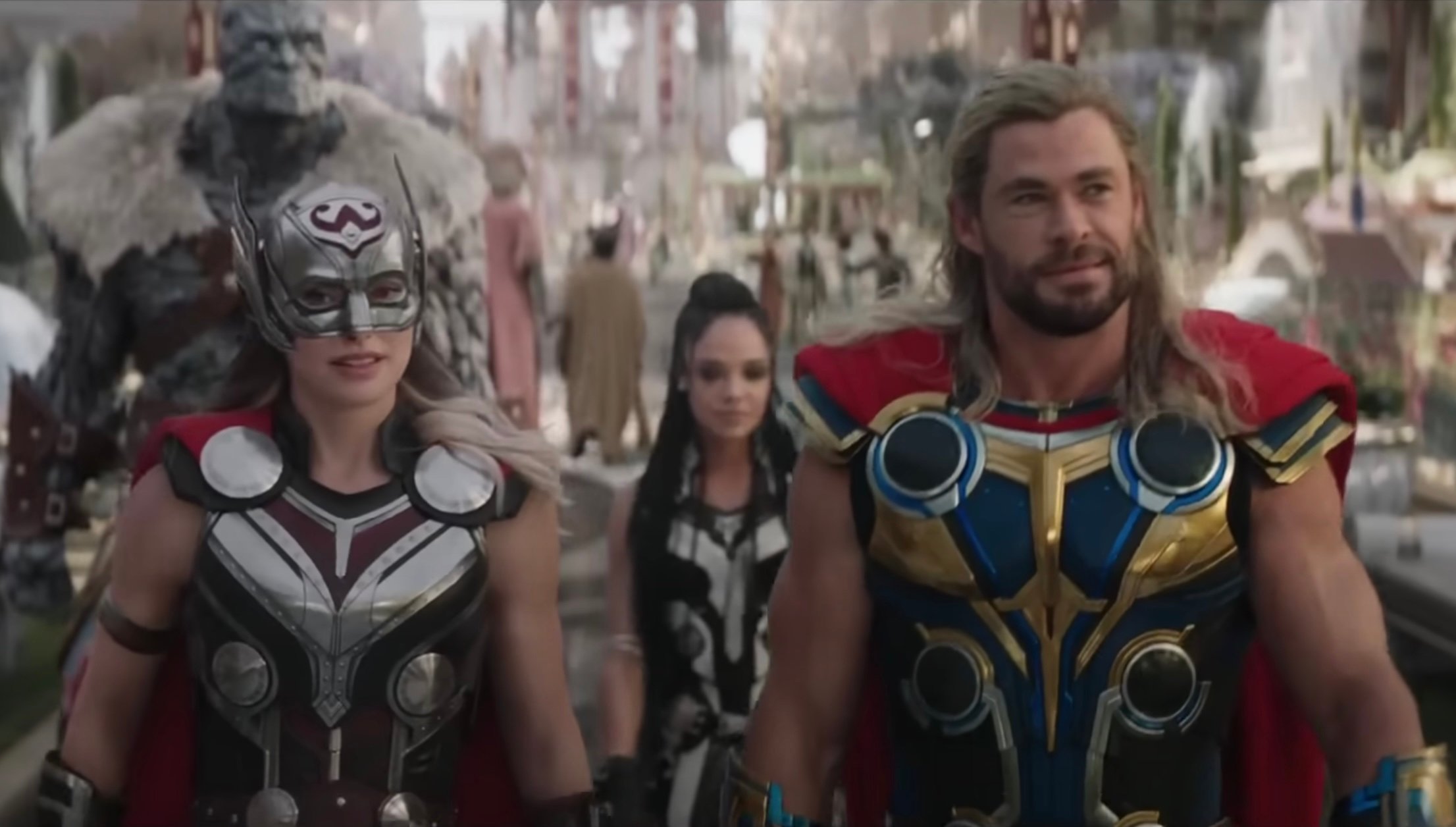 AVOID AT ALL COSTS: “Thor Love and Thunder” is a Disney groomer’s dream.

The Disney movie is woke from beginning to end, mocks Christianity, everyone is gay, and the queen is called “king.”

Bring your kids if you love to have adult conversations about gay rock men having lava babies.

Taika Waititi, director of “Thor: Love and Thunder,” can’t say no — to starring in “Our Flag Means Death,” making a soccer film, writing a “Star Wars” idea, adapting Roald Dahl. “Sometimes I’ll wake up and be like, Am I having a midlife crisis?” he said. https://t.co/XRBDnt38m2

At a London press event, Natalie Portman, who plays Jane Foster and “Mighty Thor” in the film, stated the movie is “very gay.”

someone asked natalie portman how gay the new thor movie is and this was her response: #ThorLoveandThunder pic.twitter.com/lxRdQzCP9Z

Last night we spent good cash at the movie theater just to see how woke the movie is.

It was a waste of time. At least the food was good and the prices were not bad considering Joe Biden’s record inflation.

The entire movie was woke. Off the charts woke.

Viewers called it “the gayest Marvel movie ever.”

Here are a few spoilers for you.

If you don’t trust our assessment, here are a few comments from the internet:

THOR: LOVE AND THUNDER is one of the messiest and most ill-conceived movies I’ve seen in years. It’s a cosmic circus of try-hard cringe that bizarrely tries to connect heavy themes about death, god and love to nonstop pubescent humor and series-low visuals. I wished I liked this. pic.twitter.com/SW3Gi88WDa

No spoilers but the Thor movies went from being the most heterosexual MCU movies to being the gayest MCU movies, and that my friends, is the Taikafication of Thor movies

I love Thor but I believe I’ll pass on the woke version. Any company promoting wokeness won’t get any of my money. Keeping my kids away from that toxic shit.

But how do I explain to my my kids who Dwayne is? Or why Zeus’ harem faints when they see a naked Thor? So much wokeness. Now I have to have real conversations with my kids. Unacceptable.

A “Strong women” #Thor misses the mark as Disney continues pushing the MCU into wokeness. These “down for the cause” liberal outlets aren’t even impressed by #ThorLoveAndThunder I’m sure the tenth Fantastic Four will be riveting though https://t.co/rgv0R111aq pic.twitter.com/53a1kmpbiK

I know what Toga is Bro. but the one Zeus wearing in Thor Love&Thunder looks more like a girl’s skirt than a toga
So,
I’m staying with what I said: I’ve seen Greek Mythology Gods wearing Toga but never a girl skirt like this

Disney and Pixar have restored a gay kiss scene in the upcoming Toy Story prequel movie Lightyear after ‘LGBTQ’ and allies accused the two companies of ‘censoring gay content in children’s movies.’

According to a report by Variety, the gay kiss scene was removed from the film but it was reinstated after woke employees of Pixar sent a letter claiming that Disney executives censored “overtly gay affection” content for children.

The post AVOID AT ALL COSTS: “Thor Love and Thunder” – Unless You Like Woke Movies Where Even the Rock People are Gay and Having Babies and The Queen is a “King” appeared first on The Gateway Pundit.