WATCH: Mom Throws Herself on Hood of Car After Carjacker Steals It With Her Children Inside 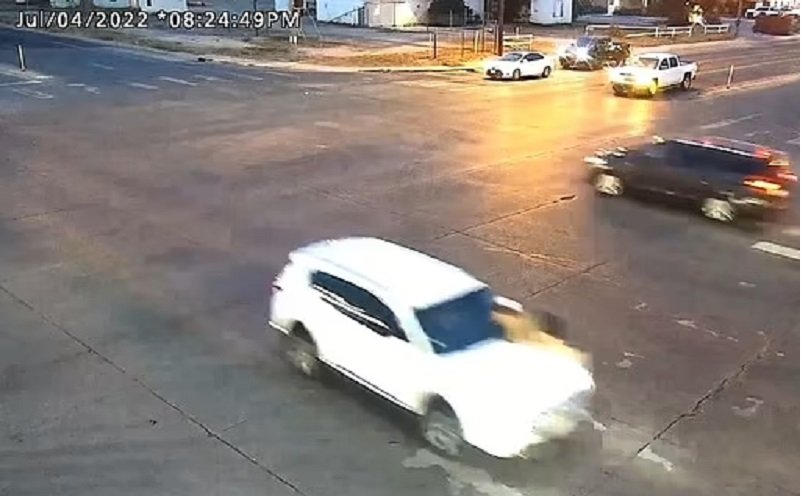 A mother in New Mexico flung herself on top of the hood of her car after a carjacker stole it with her two children inside.

Melody Maldonado, 33, clung to the vehicle as the thief, Regina Castillo, 29, sped away with her 11-month-old son and six-year-old autistic daughter inside.

The incident took place around 11:30 p.m. on the Fourth of July.

Maldonado said that she was screaming for Castillo to stop and that her children were inside.

“She definitely heard me. I yelled for her to stop and that my kids were in the car,” the mother told the Daily Mail. “She kept driving. We went a good distance, through an intersection, past the Allsup’s. She was swerving so that I would fall off.”

A mother jumps onto the hood of her SUV to try and stop a suspected car thief. Police say the suspect drove off with the mother’s two young kids inside. It happened on the Fourth of July in New Mexico. pic.twitter.com/ejb3irJulh

Eventually, Castillo was able to throw the woman from the hood of the vehicle. Maldonado broke her foot, but still made her way to a convenience store nearby to call the police.

Castillo eventually kicked the six-year-old out of the vehicle because she was worried she had a phone and that it would be tracked. She left the girl on the side of the road.

As the police began to catch up with her, Castillo ditched the vehicle on the side of the road with the baby inside and fled on foot. Officers pursued her through a backyard and tackled her.

WATCH: A #NewMexico #mother clung to the hood of her vehicle while an alleged #carjacker drove off with the woman’s vehicle with her 6-year-old daughter and 11-month-old son inside. The car was found abandoned & she was #arrested. Both children were found safe. #GettothePoint pic.twitter.com/7NFFS78h9u

According to the Mail report, “it’s still unclear why Castillo stole the car. At the time of her arrest, she had three active warrants for failure to appear in court on charges of concealing her identity, shoplifting and traffic violations.”

The post WATCH: Mom Throws Herself on Hood of Car After Carjacker Steals It With Her Children Inside appeared first on The Gateway Pundit.