Trump Says He is Considering Attending Shinzo Abe’s Funeral in Japan, According to Report 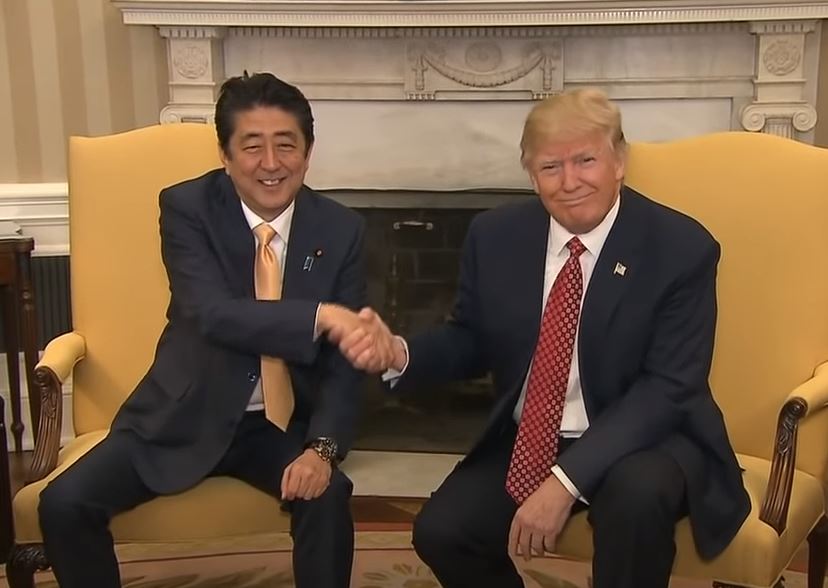 Abe was assassinated while campaigning for a political candidate in Nara on Friday.

Trump and Abe were extremely close while they both held their nation’s highest offices. The duo even played golf together multiple times.

Speaking to Breitbart News, Trump said that he is in contact with the Abe family to try and work out the details.

“We’re going to see how it goes,” Trump told Breitbart’s Matthew Boyle. “We’re talking to their family. We love the family. His wife is a phenomenal woman. He is so loved in Japan I can imagine that is going to be an incredible celebration of life. He was just very special. Every aspect of that man was just very special. You know he was the first person I saw? Do you remember he came early? He came right after the election—he was the first person I saw. But we had a special relationship. We’re going to see about that, we’re talking about that right now.”

Trump was full of praise for the late leader, saying that “he loved his country and he loved our country.”

“He was a great man,” Trump said, according to the report. “He was a great leader. He loved his country and he loved our country. We did incredible deals together. We made a new deal with Japan. Japan had a one-sided deal and he brought back some fairness because we had just a terrible group of trade deals with Japan. We renegotiated it. But he was a real friend of mine. He really was a distinguished, incredible person. What a disaster that is for this world. He was a true world leader and everybody respected him. We’d go to the G7 and everybody respected Shinzo. That this can happen is just horrible.”

During his speech in Nevada, Trump addressed Abe’s killing and called for harsh penalties for the assassin — who used a homemade shotgun.

“Before we begin, I’d like to profess my profound condolences to the family of a great, great man—Shinzo Abe,” Trump said. “He was an amazing leader. I knew him well—tough negotiator…. This was a man of tremendous moral courage and was a fantastic person. Prime Minister Abe was a friend of mine, an ally, and an incredible patriot. He was a tireless champion for peace and for freedom and for the priceless bond between the United States and Japan, and his assassination is not only a grievous atrocity, it is a devastating loss for the entire world. We will miss him greatly. And this being a speech about law and order, I hope the man who committed this crime will pay a steep price for the greatness he has taken from our planet.”

The post Trump Says He is Considering Attending Shinzo Abe’s Funeral in Japan, According to Report appeared first on The Gateway Pundit.