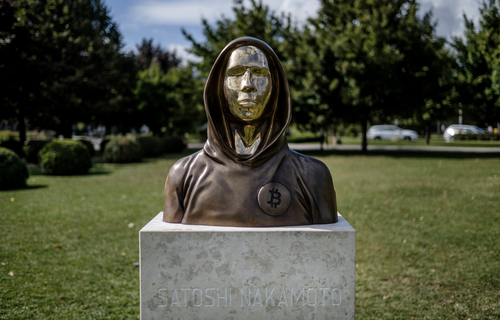 On May 12, 2022, just over fourteen years after the collapse of Bear Stearns, the New York Times announced another crash. In a story entitled, “Cryptocurrencies Melt Down in a ‘Perfect Storm’ of Fear and Panic,” the lede read:

A steep sell-off that gained momentum this week starkly illustrated the risks of the experimental and unregulated digital currencies.

The story told of a mass investor flight from cryptocurrency markets, which has since caused an astonishing $700 billion in losses. There were several key triggering events, including the collapse of a “stablecoin” product called TerraUSD. A stablecoin is a type of digital currency that’s usually pegged to the value of a “stable” reserve asset like a dollar. They are often used to enter and exit trades for other cryptocurrencies, like Bitcoin.

In theory, stablecoins work, if they’re backed by real assets and by guarantees that hog-tie the customer to their money in adverse conditions. Part of the idea behind a stablecoin is to be the calmer end of the volatile crypto experience. As Bloomberg put it, stablecoins can be a “safe haven” for investors, who can keep their holdings “protected from wild swings in the crypto market” without need to “convert their holdings into traditional money.” But the implosion of TerraUSD put a big early dent in the “safe haven” description.

That wasn’t the only factor. Just days after TerraUSD lost its “peg” and started its freefall in early May, financial observers found an eyebrow-raising passage in the already-disappointing quarterly 10-K report of a crypto market leader, Coinbase. In addition to reporting a $430 million loss and a 19% drop in users, the company stated:

Coinbase is the largest cryptocurrency trading platform in the United States. When a customer stores cryptocurrency in a Coinbase wallet, those funds in theory can only be accessed with a cryptography-protected key, making it, again in theory, the unique property of the customer.

This type of protection is supposedly what’s at the heart of the crypto revolution, powered by its underlying Blockchain technology. The new method for storing data creates unique, timestamped “chains” of information visible to everyone in a digital community. In a theoretical Blockchain world all financial history would be visible, instantly recallable, and set in stone, making customers immune to the kind of non-transparent, triple-dealing corruption that ruined those who placed their trust in infamous black boxes like Lehman Brothers prior to 2008.

The Coinbase disclosure however brought back some of these memories. In the event of a bankruptcy, the firm’s 10-K release said, risk existed that people with funds in Coinbase wallets could find themselves fighting with other Coinbase creditors in a legal proceeding to decide who was owed first. No matter how sound a company it was or is, Coinbase posed the same theoretical problems that all financial institutions posed to customers in the pre-crypto world, forcing users to put trust in those opaque institutions known as “centralized” ledgers.

The incident triggered headlines like, “Coinbase admits users could lose crypto” and “Coinbase admits risk to investor fund,” and caused market mayhem. $200 billion vanished from the valuation of crypto companies within 24 hours as, among other things, the share price of Bitcoin, the leading crypto product, fell on the news.

Coinbase CEO Brian Armstrong insisted the passage had been inserted at the insistence of the S.E.C., and that while it was “possible, however unlikely,” that there could be fight over who’s owed what in a Coinbase bankruptcy, “your funds are safe with Coinbase.” However, the damage was done. More serious problems that popped up later at companies like Vauld, Celsius, and others continued the plunge, raising a general level of panic where just a year ago, euphoria reigned.

Much like the mid-90s, when the arrival of genuinely revolutionary Internet technology was delayed by a parade of overhyped pretenders with names like Webvan, Pets.com, and DrKoop.com, the crypto boom is being stalled by a fine-print reckoning. In an extraordinary irony, this market’s recent success seems to have only replicated on a grand scale the exact problems Blockchain technology was designed to cure, only in a different guise, and in language even more inaccessible to ordinary people.

The crypto market is straining under the weight of a perhaps insuperable contradiction. On the one hand, digital currencies were created in significant part with the idea of replacing or improving upon “centralized” finance, including regulatory authorities. If a Blockchain world with a thriving international digital currency were to exist, it would perhaps fatally undercut the financial and political authority of governments. Crypto doesn’t really want to be regulated, and for at least one logical/perhaps-legitimate reason – there are some illegitimate ones I’ll get to – governments don’t want to regulate it, in the same way capitalist countries once hesitated to recognize the Soviet Union.

“Even among the progressives in regulatory agencies, there’s been a reluctance to engage really strongly with crypto,” is how Georgetown professor Adam Levitin puts it. “I think in part there’s a hope that some of the fire would just kind of burn itself out, for there’s a fear of legitimizing crypto through regulation.”

Using digital currencies to help the billions around the world with no access to banking services become participants in a system that has long excluded them is a great thing, in theory. The issue is the structure of these companies. If a stablecoin firm is taking your dollar and trying to make money lending it somewhere, they’re just “unregulated, uninsured, unaudited banks,” as one financial analyst puts it.

Misperceptions about how certain types of investments were “fully hedged,” “asset-backed,” or faced only “de minimus” exposure to loss, were a major factor in causing the huge buildup of unrecognized risk that caused the last financial collapse fourteen years back. This market is now giving off a strong whiff of déjà vu. I’ll break a longstanding personal ban on a certain journalistic cliché to quote another former regulator: