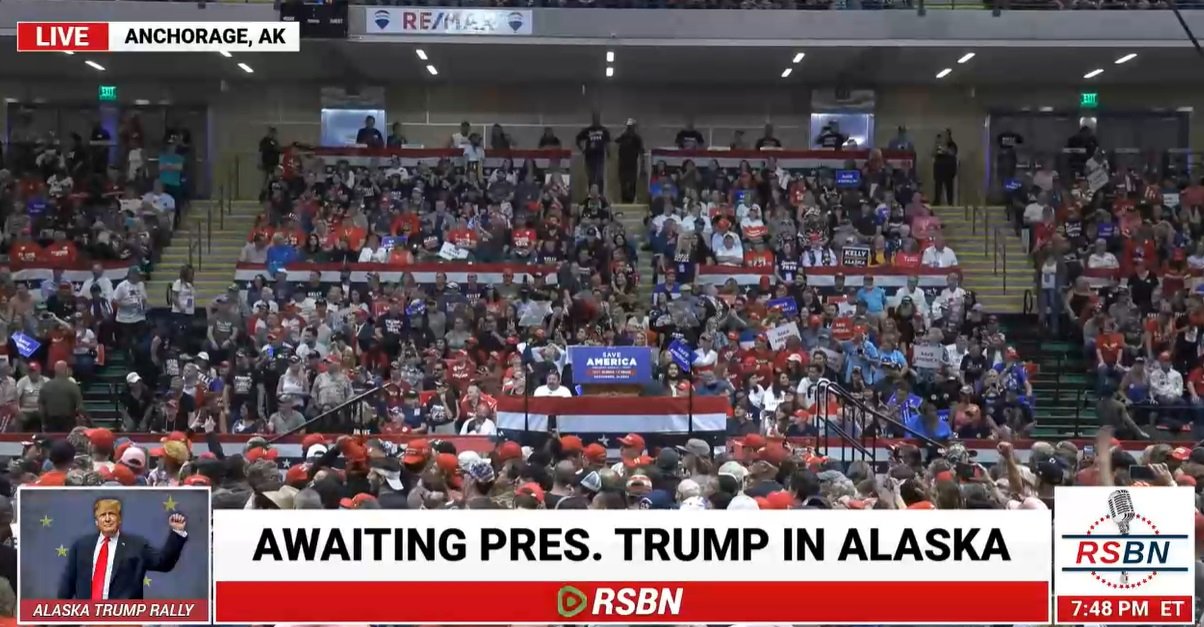 President Trump was on fire tonight in Alaska.  The 45th President was at his best.

Below are several exceptional segments from tonight’s Trump rally in Alaska.

The crowd set a new record in the history of Alaska.

President Donald J. Trump: “The arena owner said, this is a new record that will not be beat.” for the full speech join us on Rumble: https://t.co/9IKlrO2eDa pic.twitter.com/mLgzKBVuBz

The arena owner said this was a record gathering that won’t be beaten.

The five worst Presidents in history combined didn’t do the damage Biden has done in less than 2 years.

“You can take the five worst Presidents in American history, and they would not have done the incredible damage that Joe Biden has done in two, short years.”
President Trump.#TrumpRally pic.twitter.com/36ZH6VjRR9

President Trump dropped an F-bomb when describing military officer sharing how to take out ISIS.  A few days later Trump gave the order.  A few weeks later 100% of ISIS was gone.  (Obama said ISIS would be around for a generation.)

Trump calls ranked choice voting crap and says Murkowski put it in place in Alaska because she knew she can’t win a straight election pic.twitter.com/pjBkOnLwPb

My God the crowd was massive.  No way Biden won.

NO WAY Beijing Biden had most votes in history. Trump was reelected and We The People need to correct this travesty immediately. Recall the electors @GOP. Do something! pic.twitter.com/YJ6yf3yI5V