Sen. Ron Johnson: The FBI Had Hunter Biden’s Computer Since Dec. 2019 – They Havent “Done Squat With It” (VIDEO) 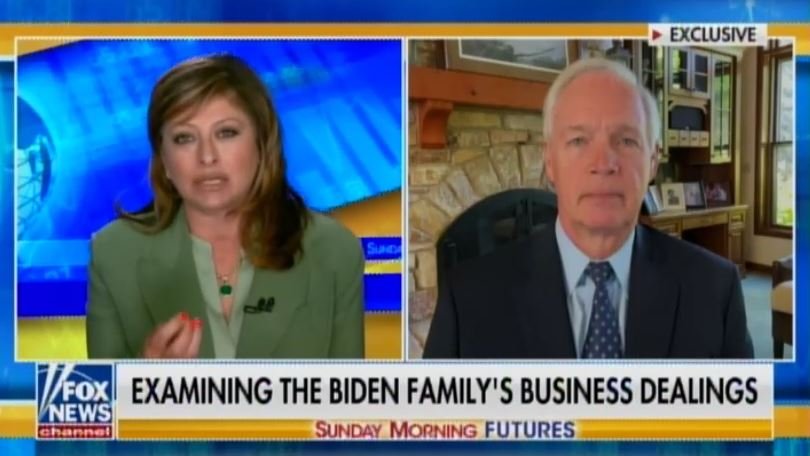 Of course, Biden’s Attorney General Merrick Garland is covering up all of these crimes and ignoring this lawlessness by the First Family.

Senator Ron Johnson: Hunter Biden was well aware of the fact that his activities were red flags and certainly could have triggered suspicious activity reports to the Treasury Department… Again this is information off of his own laptop, off of iCloud backup from his iPhone. But he was highly concerned about payments he was making to nonresidents, people who appear to be East European prostitution or human trafficking ring. That those were going to flag, those type of transactions. Of course, we’re seeing that Joe Biden apparently paid $30,000 to $100,000 maybe unwittingly. But he continued to funnel money into Hunter Biden. The fact of the matter is Hunter Biden’s computer is a treasure trove of information…

…We don’t have equal justice, we have a two-tiered justice system. One that will treat with kid gloves or cover-up for Democrats and their powerful friends, the elites – and the rest of Americans. We’re seeing that big time with Hunter Biden… Senator Grassley and I, we have the bank records now. We’ve shown them on the Senate floor. They show highly suspicious activity. That I don’t think the Justice Department is doing enough to potentially prosecute.

Senator Johnson then unloaded on the Bidens.

Sen. Johnson: This is a huge scandal. The American public deserves the truth because it is putting at risk our national security because we have a compromised president who has lied repeatedly to the American public, saying he never talked to Hunter about his overseas business transactions. We actually have voice mails from off of these computers… We know the FBI had Hunter Biden’s computer in December 2019. What have they been doing with it?… Our FBI, our Justice Department hasn’t really done squat.

Chris Wray has destroyed the FBI — the modern-day Stasi troops.

The FBI should NEVER be trusted again.

The post Sen. Ron Johnson: The FBI Had Hunter Biden’s Computer Since Dec. 2019 – They Havent “Done Squat With It” (VIDEO) appeared first on The Gateway Pundit.