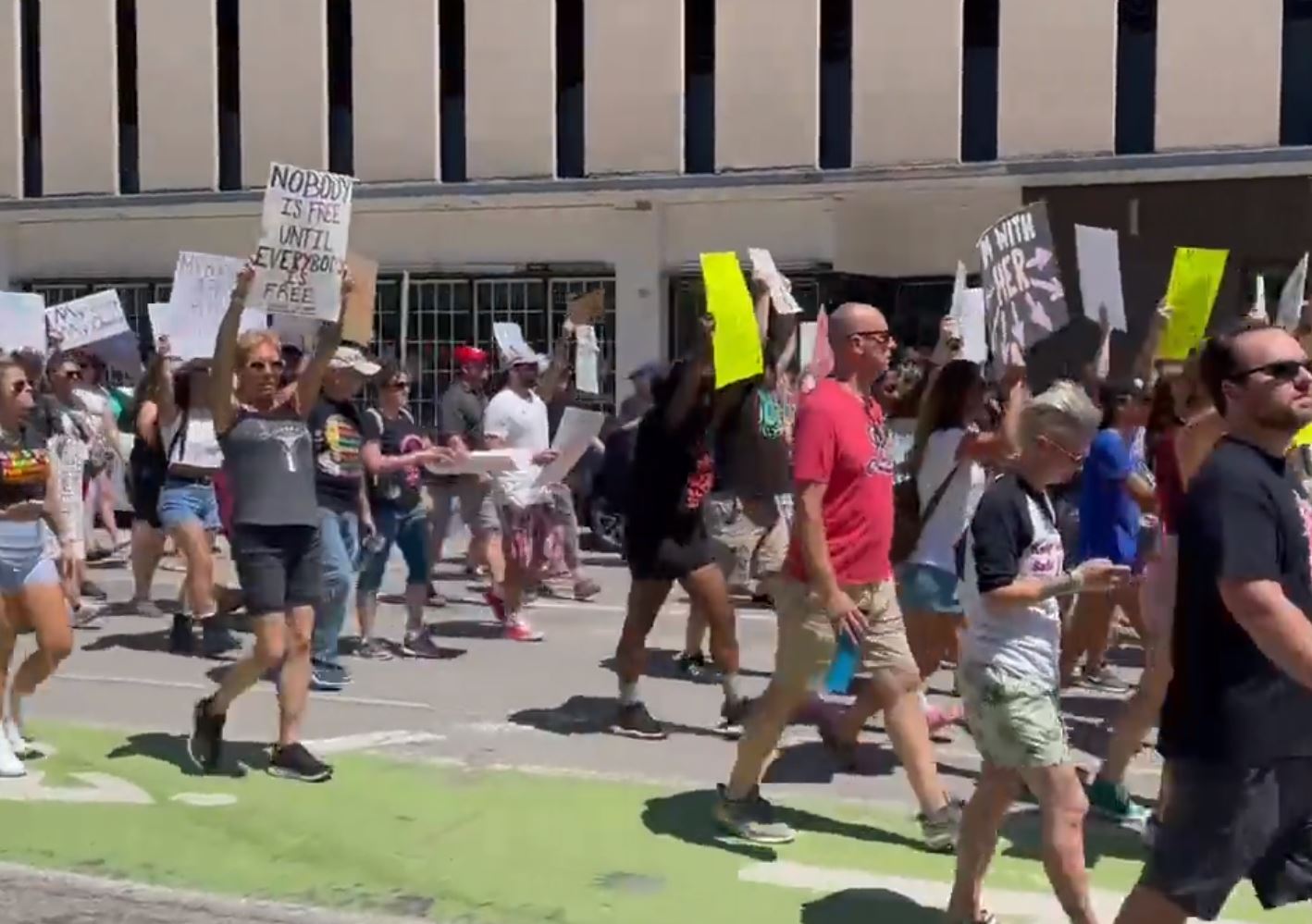 The pro-abortion mob walked onto Interstate 64 on Sunday and blocked traffic near Busch Stadium.

The mob blocked traffic for the Cardinals-Philly game on Sunday.

The protest started Sunday morning in Kiener Plaza and marched through the streets of downtown St. Louis. https://t.co/TdxnHLy2ls

The leftist mob met at Kiener Plaza near Busch Stadium before blocking traffic on Interstate 64.

HAPPENING NOW — Abortion rights activists are gathered at Kiener Plaza in downtown St. Louis. The organizer told me this is about much more than the overturn of #RoeVsWade. @ksdknews pic.twitter.com/NL4rA2JGb4

Of course, there were no arrests for this criminal and dangerous act.

The protest started in Kiener Plaza before protesters marched onto westbound I-64 and blocked traffic. The demonstrators were on the highway for about 15 minutes.

Protesters walked off the highway on the Broadway entrance ramp. Nobody was arrested, police tell News 4.

Here they are marching to the highway.

The group is now marching through downtown St. Louis chanting, “My body, my choice.” @ksdknews pic.twitter.com/V4zwj3s6UP

The post Pro-Abortion Mob Blocks Traffic on Interstate 64 Near Busch Stadium in St. Louis appeared first on The Gateway Pundit.