MUST SEE: Ben Bergquam from Real America’s Voice Explains How Leftist Policies Are Killing People While Destroying This Country (VIdeo) 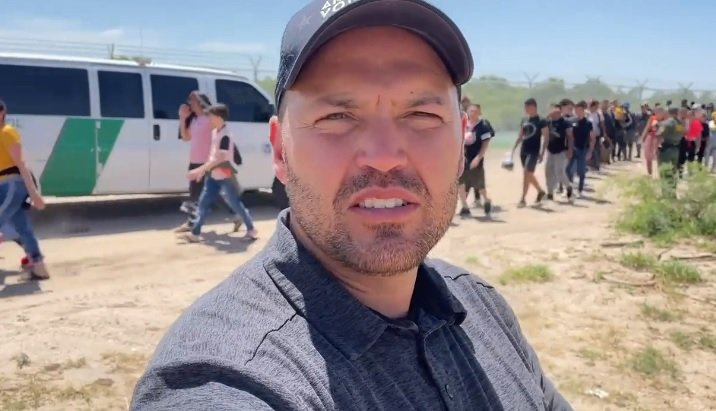 Ben Bergquam from Real America’s Voice is a warrior reporting the truth about the deadly leftist border policies and their destruction of America.

After watching Bergquam’s reporting on the border you’ll want to scream out “WAKE UP AMERICA!”

Bergquam has been reporting on the border for some time.  He’s a good man as can be seen from this interview at a Trump rally.

Bergquam through his travels shows the absurdity and insanity of the left.  While they claim to be righteous by claiming to care for the environment their policies are destroying the environment and America.

This one is worth repeating!

Very simple message to all of the leftists out there… SHUT UP! https://t.co/DLfFQqaw7x

Yesterday we reported an exclusive on the border at Eagle Pass, Texas.

Bergquam was there as well recently and he showed the constant flow of primarily military-age men crossing the border.

Joe Biden’s invasion continues to pour across in Eagle Pass, Texas and all over the border! Please, please share this and demand that every governor declare this invasion and protect American citizens first!
“Law & Border” @RealAmVoice pic.twitter.com/pb8W8jROWc

Bergquam has put together an excellent series of reports from the border and South America showing the destruction and death that the left is pushing using US dollars to pay for it.  In the episode linked to here, Bergquam is with reporter Michael Yon who we’ve interviewed at the TGP in the past.

The post MUST SEE: Ben Bergquam from Real America’s Voice Explains How Leftist Policies Are Killing People While Destroying This Country (VIdeo) appeared first on The Gateway Pundit.