INSANE VIDEO: California Woman Throws Gasoline on Man and Sets Him on Fire During Argument in Park 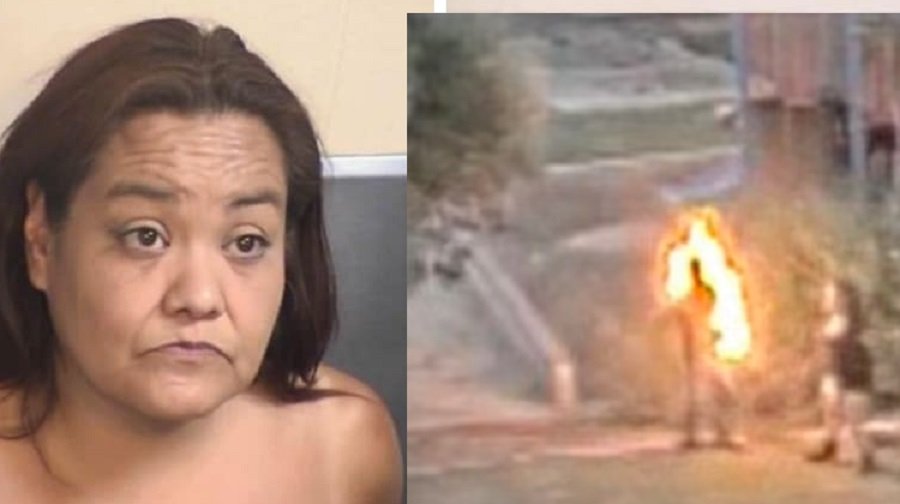 A woman was caught on video dousing a man with gasoline and lighting him on fire in a California park.

Hawkins is accused of providing the woman with the gasoline and has been charged as an accomplice.

When police arrived at the scene around 9:15 p.m. they found the victim with severe burns to his upper body. He informed the officers that a woman had lit him on fire.

“Due to the severity of the victim’s burns, EMS immediately transported him to an area hospital,” the Sanger Police Department wrote on Facebook.

Surveillance footage captured the incident and helped police to identify the suspects. It is unclear if the victim and the attacker, or her accomplice, knew each other prior to the incident.

“The video shows Castillo approaching the victim and throwing a liquid from a cup onto him, and she and the victim appear to argue before Castillo sparks a lighter and lights the victim on fire. Further investigation revealed that Leonard Hawkins had provided the accelerant used to light the victim on fire to Castillo,” the department said.

The victim remains hospitalized, but is expected to survive.

Castillo and Hawkins were taken into custody without incident and have been booked into the Fresno County Jail for Attempted Murder, Arson, and Conspiracy.

The post INSANE VIDEO: California Woman Throws Gasoline on Man and Sets Him on Fire During Argument in Park appeared first on The Gateway Pundit.