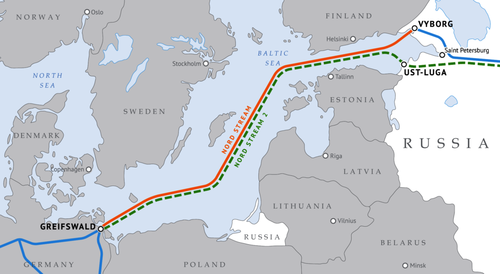 The Canadian government, which is issuing a “time-limited and revocable permit” to exempt the return of turbines from its Russian sanctions, said the move would support “Europe’s ability to access reliable and affordable energy as they continue to transition away from Russian oil and gas.”

Built in Canada by Siemens Energy AG, the gas turbine had been shipped to Montreal for repairs, only to be trapped there by sanctions against Russia’s fossil fuel industries.

“Absent a necessary supply of natural gas, the German economy will suffer very significant hardship and Germans themselves will be at risk of being unable to heat their homes as winter approaches,” said Canadian natural resources minister Jonathan Wilkinson in explaining the decision.

Pointing to the delayed return of the turbine, Russia cut the flow of gas to Europe via the Nord Stream 1 pipeline by 60% in June. On Friday, Russia said it would boost the supply if the turbine were released.

Previously, Russia announced the pipeline will close entirely from July 11 to 21 for regular scheduled maintenance. The gas turbine controversy has contributed to fears that Russia may not turn the gas back on when July 22 arrives.

Germany sought the release of the turbine, but the move was opposed by the Ukrainian government and many Ukrainian-Canadians.

As we reported on Saturday, energy tensions in Germany are mounting swiftly, with the country rationing hot water and dimming street lights, while the largest landlord is restricting heating at night. “The situation is more than dramatic,” said Axel Gedaschko, head of the federation of German housing enterprises GdW. “Germany’s social peace is in great danger.”

As if to offset its conspicuous capitulation on the contended turbine, Canada on Saturday also announced a widening of its sanctions against Russia. “These new sanctions will apply to land and pipeline transport and the manufacturing of metals and of transport, computer, electronic and electrical equipment, as well as of machinery,” said Canada’s ministry of foreign affairs in a news release.

“Once the measures are in effect, Canadian businesses will have 60 days to conclude contracts with targeted industries and services,” the statement said.

Together with oil, gas and chemical industry sanctions, the new move against Russian manufacturing means Canada is targeting industries that cumulatively account for more than half of Russia’s federal budget revenues, according to the release.

Despite the sanctions, Russia’s oil and gas business has thrived. Reuters reported that Russia’s oil exports grew by $1.7 billion in May thanks in large part to higher exports to China and India.