EXCLUSIVE: Key Excerpts from President Trump’s Speech Tonight in Anchorage, Alaska – On RINO Senator Murkowski – “One of the Most Destructive and Two-Faced RINOs There Is” 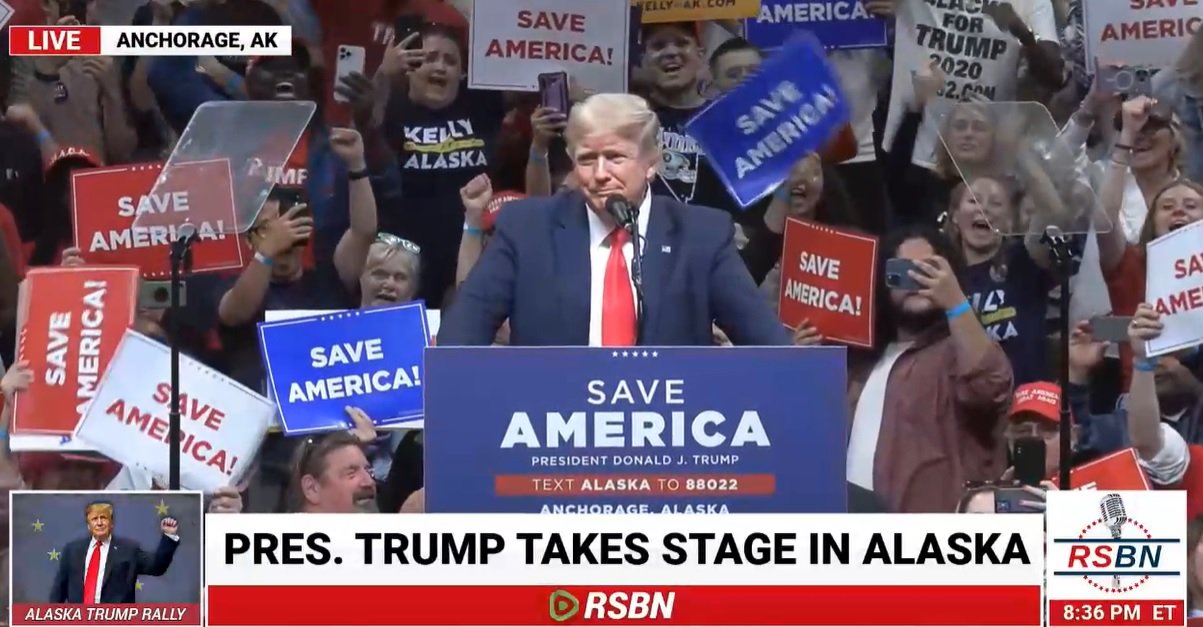 President Trump is holding a rally tonight in Anchorage, Alaska in front of thousands of MAGA supporters.

President Trump’s message is excellent.  Below are some excerpts from his speech: Under a Republican Congress, we should pass emergency funding to hire thousands more police officers in communities nationwide, to put violent criminals behind bars, and keep them behind bars.

Instead of targeting Republicans, conservatives, Christians, and patriotic parents, the Biden administration should try going in and dismantling the street gangs and deadly cartels. And instead of taking guns away from law-abiding Americans, we should try taking them away from the violent felons and career criminals for a change—enforcing existing federal statutes to get them in jail, where they belong.

Murkowski has been in the Senate for 21 years, and her father held the seat for 21 years before her. She is a total creature of the Washington Swamp, a tool of the corrupt establishment and the Fake News Media—and one of the most destructive and two-faced RINOs there is, betraying Alaska voters at every turn.

When Alaska fires Lisa Murkowski on Election Day, the media and the left will be wailing in misery and pain—because they will know their biggest Fake Republican has gone down in flames.

It is time to finally and completely smash the radical-left’s corrupt education cartel. Our children are captives to unhinged Marxist educators who are pushing inappropriate sexual, racial, and political material on our children from the youngest possible age. The public school system has become an arm of the Radical Left—and we are not going to take it any longer.

When Republicans retake Congress, they also need to crack down hard on Big Pharma for giving puberty blockers and other dangerous drugs to mutilate our youth. We will save our kids – and every federal bureaucrat who was complicit in this travesty needs to be immediately fired.

We are a nation in decline. We are a failing nation…. We are a nation whose economy is floundering, whose stores are not stocked, whose deliveries are not coming, and whose educational system is ranked in the lowest quadrant of 45 countries. But we are not going to let this continue. Two years ago, we had greatness like never before seen, and soon we will have greatness again.

The post EXCLUSIVE: Key Excerpts from President Trump’s Speech Tonight in Anchorage, Alaska – On RINO Senator Murkowski – “One of the Most Destructive and Two-Faced RINOs There Is” appeared first on The Gateway Pundit.