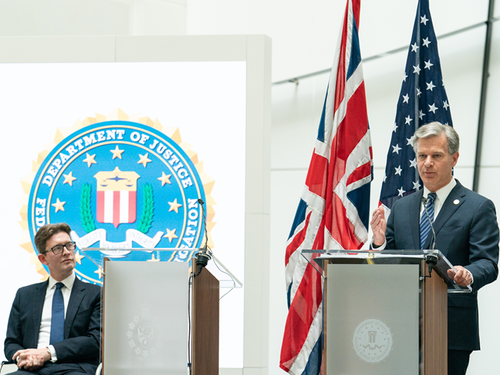 Authored by Kyle Anzalone and Will Porter via The Libertarian Institute,

Beijing has rejected allegations from US and British officials that it is stealing from Western firms, calling the claim “completely far-fetched” while slamming the United States as the “biggest threat to world peace and development.”

Foreign Ministry spokesman Zhao Lijian responded to the charges during his daily press briefing on Thursday, urging Washington and London to “cast away imagined demons” and stop playing up the “China threat.”

“The allegations against China are completely far-fetched and the so-called cases they listed are pure shadow chasing,” Zhao said, adding “This is a typical example of a thief crying ‘stop thief.’ We deplore this type of despicable and deceptive gambit.”

Zhao, however, argued that the claims were motivated by an “entrenched Cold War zero-sum mentality” and “ideological prejudice” against Beijing, going on to slam Washington as an aggressive imperial power.

“The US was not at war for only 16 years throughout its 240-plus years of history, which made it known as ‘the most warlike nation in the history of the world,’” he said, adding that the United States has abused its “economic, scientific and military dominance” and stoked “division and conflicts” around the world.

The back-and-forth between Zhao and Western intelligence chiefs comes as US Secretary of State Antony Blinken prepares to meet with China’s Foreign Minister Wang Yi on the sidelines of a G20 summit in Bali, Indonesia later this week.