US Retaliates Against Hungary For Obstructing 15% Global Minimum Tax 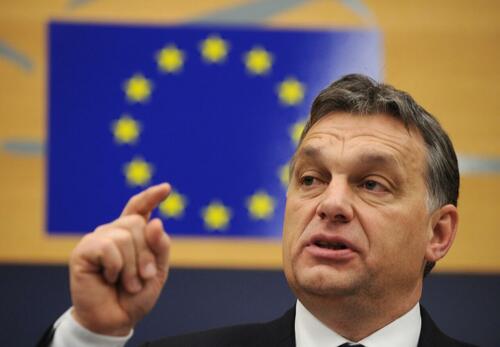 US Retaliates Against Hungary For Obstructing 15% Global Minimum Tax

In response to Hungary’s obstruction of the European Union’s adoption of a 15% global minimum tax on corporate income, the Biden administration on Friday announced it will terminate a 43-year-old tax treaty with the country.

Hungary blocked the EU’s finalization of the 15% minimum tax scheme in June. Over the past dozen years, Hungary has slashed its corporate tax rate from 19% to just 9%.

In October 2020, 136 countries of the Organisation for Economic Co-operation and Development (OECD)—together representing more than 90% of the world’s GDP—agreed to move forward with the tax plan. Making it an actual reality, however, requires countries and economic blocs to pass legislation.

At the time of Hungary’s veto, the country’s finance minister, Mihaly Varga, hinted that Budapest could still be persuaded: “The work is not ready. I think we have to continue the effort to find a solution.”

That could be a veiled reference to something else entirely that Hungarian Prime Minister Viktor Orban is seeking: billions of dollars in loans and grants from the EU’s Covid-19 recovery fund.

Budapest had originally requested 7.2 billion Euros in grants; after the Russian invasion of Ukraine, Hungary said it would seek low-interest loans, too. Approval stalled over EU concerns that Hungary lacks safeguards against corruption as the money is disbursed.

Poland had likewise opposed the adoption of the 15% minimum tax—that is, until the EU agreed to shell out almost 38 billion Euros in pandemic recovery loans and grants that was similarly delayed.

Barring a change of course, the U.S. exit from the tax treaty with Hungary will happen in six months. The move puts new pressure on the last EU holdout.

Tax treaties smooth international business by easing tax administration across borders. “Turning off a tax treaty is a big deal and would be damaging to business arrangements between the U.S. and Hungary,” Tax Foundation executive vice president Daniel Bunn tells The Wall Street Journal.

In 2010, the United States and Hungary agreed to update the treaty so it would be less ripe for so-called “treaty-shopping,” by which corporations and other taxpayers can take advantage of varying details in treaties to lower their tax burden.

Senator Rand Paul blocked the update over privacy concerns, saying it and similar agreements give foreign governments access to Americans’ private financial information. Paul’s objection aside, the United States position has evolved: Hungary’s corporate tax cuts have made the 2010 agreement no longer acceptable.

“Hungary made the U.S. government’s longstanding concerns with the 1979 tax treaty worse by blocking the EU Directive to implement a global minimum tax,” a Treasury spokesperson tells Reuters. “If Hungary implemented a global minimum tax, this treaty would be less one-sided. Refusing to do so could exacerbate Hungary’s status as a treaty-shopping jurisdiction, further disadvantaging the United States.”

The 15% minimum corporate tax is the second of two major components, or “pillars” in the proposed multinational tax scheme. The other pillar—”Pillar One“—seeks to force the largest multinational corporations to declare profits in the various countries they do business in, and pay more taxes in each one than they do now.

Both pillars were to be part of Biden’s “Build Back Better” plan, which is stalled in Congress.

As an alternative to the EU adopting the minimum tax as an economic bloc, the individual countries that comprise the EU can adopt it on their own. However, doing so without assured reciprocation would be fraught with risk that a country would put itself in a bad competitive position.

Treasury Secretary Janet Yellen has decried a downtrend in corporate tax rates as a “30-year race to the bottom.” Leave it to government to exempt itself from the general understanding that price competition is a good thing…to say nothing of the destructive effects of income taxation.

Indeed, a study commissioned by the OECD itself determined that “corporate taxes are found to be most harmful for growth, followed by personal income taxes, and then consumption taxes.”

Make no mistake: What Biden, Yellen and the EU are seeking to impose is nothing less than an enormous price-fixing scheme that buffers governments around the world from healthy competitive pressures, to the detriment of productive people everywhere.