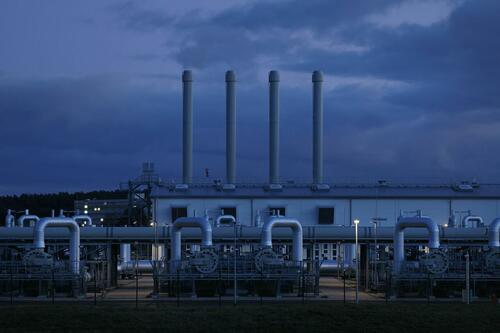 Russian President Vladimir Putin told a government meeting on Friday that the domestic energy industry remains stable despite suffering setbacks from Western sanctions in the wake of the Ukraine war. He repeated a recent familiar talking point that sanctions are backfiring on the West: “The so-called economic blitzkrieg that our detractors have planned for us has failed,” Putin stressed in comments translated in state media.

And Bloomberg cited the Russian leader as saying, “Western countries have made mistakes with their energy sanctions that have led to a price rally and will be hard to correct ” – something which he said won’t be “corrected within a couple of days”.

“We know that Europeans are trying to replace Russian energy resources, but the result of such actions is predictably an increase in gas prices in on-the-spot markets and an increase in the cost of energy resources for consumers, including households,” Putin said, in reference to recent headlines inundating US and European media detailing widespread consumer angst at the pump.

The situation is already going from bad to worse in Germany, as one recent Fortune headline spelled out, ‘The situation is more than dramatic’: Germany is rationing hot water and turning off the lights to reduce natural gas consumption.

“You can’t fix the mistakes that have already been made in just two days,” Putin explained in the fresh remarks of US-led efforts to get allied producers to boost output. He said further, per Reuters:

“All this once again shows that sanctions restrictions on Russia cause much more damage to those countries that impose them. Further use of sanctions may lead to even more severe – without exaggeration, even catastrophic – consequences on the global energy market.”

Putin also echoed prior warnings of his on how misled the ‘green energy’ obsession was in Europe, and that ultimately his words against energy market related sanctions “fell on deaf ears” with the common population in the West now suffering the consequences.

“Analysts at JPMorgan have warned that oil prices could soar towards $380 a barrel if Moscow slashed exports as “a way to inflict pain on the west”.”
https://t.co/L3kaYfkBEE

The comments appear most directly aimed at EU leaders who are still debating imposition of both a total embargo on Russian oil (at this point its merely ‘partial’ with significant exceptions given to big consumers like Hungary), and a Russian energy price cap.