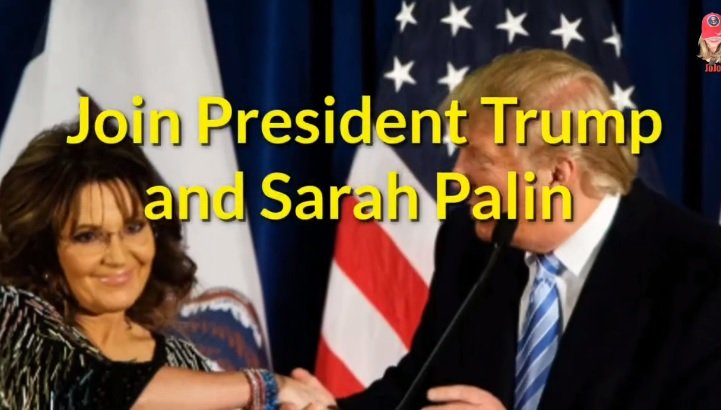 President Trump is in Anchorage, Alaska today.  This is being live-streamed by RSBN.

The crowd was huge already at 9:30 am local time.  Sarah Palin will be joining President Trump as well as Kelly Tshibaka, the Trump-backed GOP candidate going against RINO Senator Lisa Murkowski. Check out this great video.

#Alaska are you ready for a Trump Rally?
Well get ready tomorrow is the day! pic.twitter.com/Mvlog5JfVi

Christina Bobb formerly from OAN, and now with the Trump team is there supporting the President. Below is the live stream from RSBN – President Trump is expected to speak at 4pm local time – 8pm eastern.