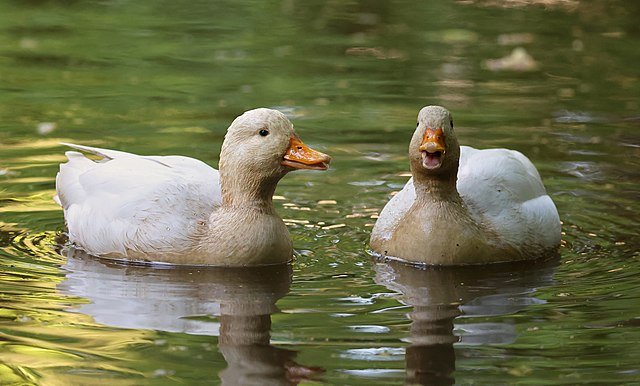 A retired Texas couple may lose their home after being sued for up to $250,000 by their Home Owners Association — for feeding ducks in the waterway behind their house.

The Lakeland Village Community Association is suing George and Kathleen Rowe because they believe that feeding the ducks is “detrimental to the Subdivision.”

According to a report from the Houston Chronicle, “if the Rowes are found in violation of Lakeland Village Community Association’s rules and cannot come up with fees, the association seeks to foreclose on the home.”

Kathleen Rowe, 65, said that she began feeding the ducks because they appeared to be dumped there without the survival skills to fend for themselves in the wild. She thinks that someone had purchased them from a feed store and released them when they realized how much work they are.

“They’ve never had a mother,” she said. “I feel like I’m just stepping in.”

They have now listed their home on the market in case they lose the lawsuit and need to pay up.

“We didn’t have the $250,000, so we have to be prepared in case that’s what it’s going to cost,” Kathleen Rowe told the newspaper.

The couple purchased the home over a decade ago after the death of their daughter. They told the Chronicle that the house appealed to them in the first place, in part, “because its porch faced a waterway filled with ducks, which the couple took to watching from rocking chairs for hours as they nursed cups of coffee.”

For two years, the couple enjoyed their porch and feathered friends without complaints.

Then, the HOA stepped in with complaints that they were messing up people’s gardens and defecating on the sidewalks.

Recently, the Chronicle visited the Rowes and watched a feeding.

Three ducks had wandered up to the home looking for the woman who feeds them, but began to walk away when she wasn’t outside.

Soon, Kathleen burst through the door with duck feed in tow.

The ducks waddled back and greeted her.

“I’m going to miss them terribly,” she said sadly, according to the Chronicle report.

The post Retired Texas Couple Face Losing Their Home After Being Sued By HOA For Feeding Ducks appeared first on The Gateway Pundit.