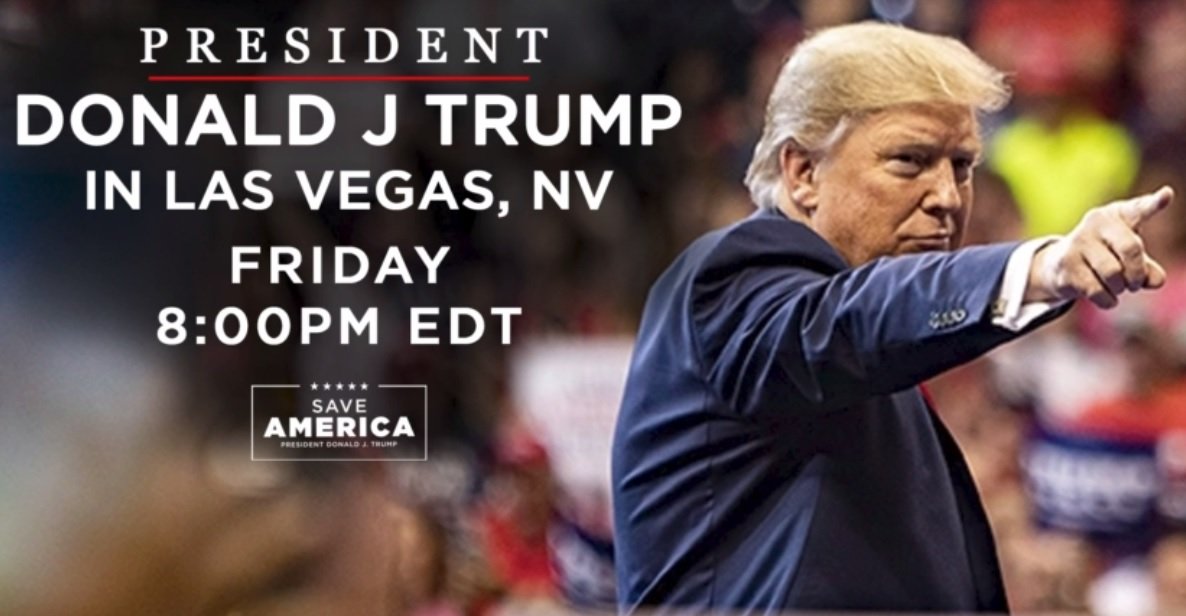 Last night President Trump was in Las Vegas, Nevada where he shared on his America First Policies that helped rebuild and save this country after 8 years of Obama.

Adam Laxalt, former Nevada AG, who is currently running for US Senate was there. Laxalt was one of the patriots in Nevada who knew there was election fraud and spoke out about the steal of the 2020 Election in Nevada.

Honored to be here to discuss these critical issues facing our country. pic.twitter.com/y3Abbcj7Mv

Here is the President Talking about law and order.

Below is President Trump’s speech.

Btw here is a 5-minute list of over 100,000 voter issues in Nevada in the 2020 Election that enabled the state to be stolen for Joe Biden.

The post President Trump in Las Vegas on Friday Night – Joined Discussion on Law and Order and Border Security appeared first on The Gateway Pundit.