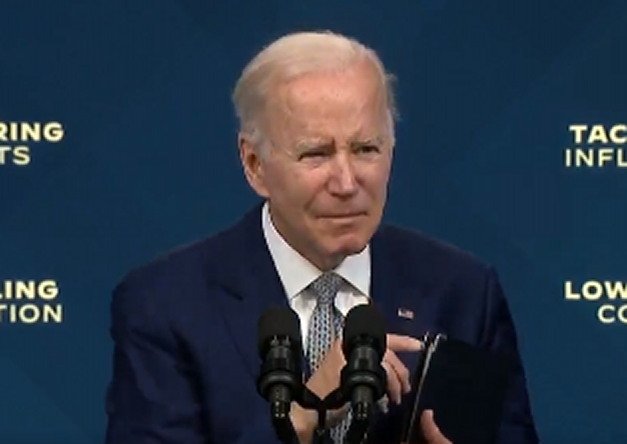 Joe Biden’s approval rating is now lower than Trump’s was at his lowest.

It’s important to put this into context. The media hammered Trump every single day of his presidency and Democrats were right there with them.

Biden has had a compliant media that has bent over backwards to help him.

That makes a huge difference.

For the first time, President Joe Biden’s voter approval rating has fallen below former President Donald Trump’s worst-ever level, continuing a yearlong trend for the bumbling chief executive who can’t seem to get a break.

Maybe worse, just 65% of Democrats approve of Biden, another record low. It had been hovering in the low 70s.

The White House has tried to fix his steady polling decline with more travel and speeches by Biden and staff shake-ups, but nothing has worked. And now, some Democrats are distancing themselves from Biden as they seek to keep their jobs in the election.

The nation’s dissatisfaction with Biden appears to be affecting everything in his world, from the stalled economy and surging inflation to the 2022 midterm congressional elections.

Here’s the worst part for Biden. He’s probably not done sinking yet.

Lowest ever approval rating for Joe Biden of 37% on @Rasmussen_Poll daily Prez Trac coming later this AM. Driven by Democratic voter abandonment – at 65% approval among Dems compared to the recent usual low 70% range

Biden approval plunges to 37%, a record low for him.

It’s finally happened. Biden approval falls below Trump’s worst point. It impacts everything. 2 others from @Rasmussen_Poll

1 – Generic ballot expands to 8 points for GOP, 3-points in a week.

Biden is a disaster as president. It’s obvious to everyone.