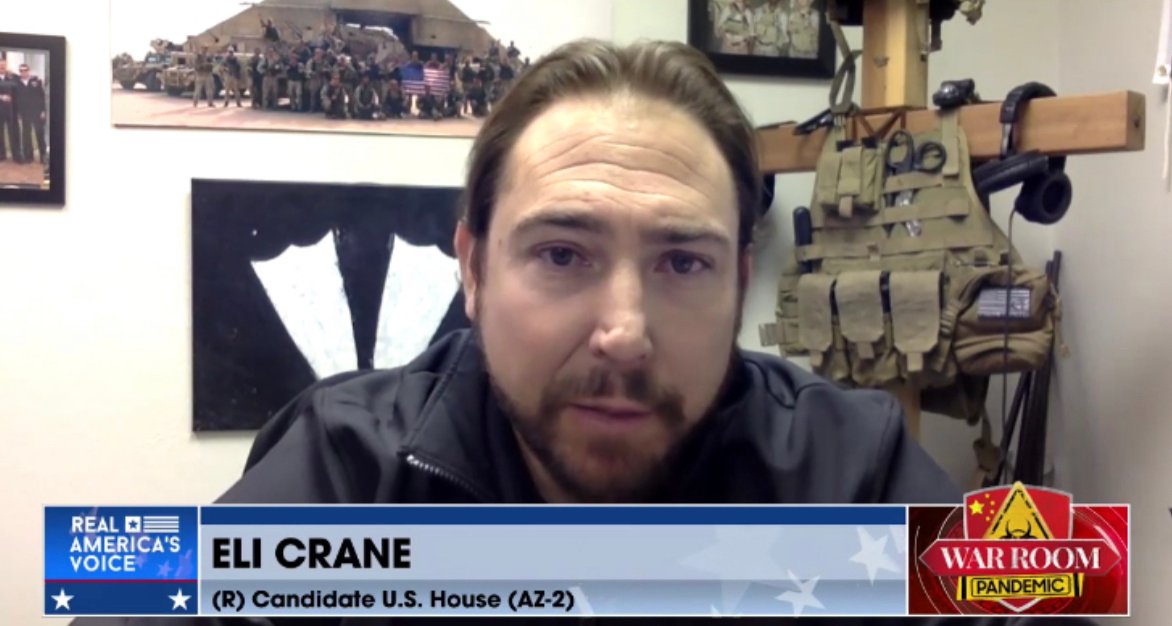 I am very pleased to endorse my friend Eli Crane @EliCrane_CEO for congress in Arizona’s 2nd Congressional District. As a retired Navy SEAL, Eli has developed the mental toughness necessary to confront Washington elites and swamp creatures. Eli is a faith-oriented, family (1/2) pic.twitter.com/xLuBWJDsax

I endorse Eli Crane for Congress (@EliCrane_CEO). He supported the Arizona audit and he defended us when we fought to set aside the electors. He is a huge #ElectionIntegrity champion. He is also a Navy SEAL who is now active in the firearms & 2nd Amendment community. (1/2) pic.twitter.com/kbZf0kZddO

The Gateway Pundit reported that The Maricopa County GOP voted unanimously in favor of a resolution to formally reject the certification of the 2020 Presidential Election Thursday night.

Eli Crane has been fighting for election integrity and decertification of the Fraudulent 2020 Election throughout his entire campaign.

Crane has previously said that any Republican who does not support decertification of the Stolen 2020 Election “cannot call themselves a fighter for the America First agenda or the MAGA movement.”

He called out the RINOs in Arizona for their silence on this issue in a new statement encouraging all Arizona Counties to reject the certification of the 2020 election.

Crane: I applaud the move by the Maricopa County Republican Committee to reject the certification of the 2020 election. Arizona’s other fourteen counties should follow in their footsteps. The 2020 election was not free and fair, it was rigged and stolen. Career politicians and establishment RINOs are afraid to say it. I am not. This is why I called for Decertification last September. I have been extremely vocal about Election Integrity throughout my campaign and accordingly have earned endorsements from Gregg Phillips and Catherine Engelbrecht of True the Vote. In May, I had the honor of attending the premiere of 2000 Mules at Mar-a-Lago. The consequences of this comprised election becomes clearer every day as the Biden-Harris Administration stumbles from disaster to disaster while the citizens of this great country continue to suffer. States and counties must copy Maricopa County’s resolution and customize it to reject the certification of their stolen election.

Contact your Republican Party Chairmembers and urge them to bring this resolution to a vote immediately.