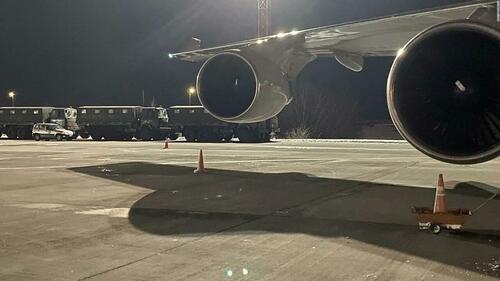 The Washington Post, CNBC and others are reporting Friday that the Biden White House is readying yet another $400 million weapons package for Ukraine, which will mark the 15th round of security assistance since the Russian invasion.

A senior defense official has been cited as saying the specific weapons will be tailored to repel a broader Russian assault in the Donbas, though the recent weeks of fighting have made clear that battlefield momentum is currently with the Russians.

The total in US military and humanitarian aid so more is more than $7 billion given since February.

The longer-range HIMARS are being sought by the Zelensky government as potentially game-changing given they allow the Ukrainians for the first time to strike Russian military stockpiles and command centers that extend deeper behind enemy lines.

Axios details of some of the major US-supplied currently operational in eastern Ukraine after the several rounds of weapons systems were transferred, and as Ukrainian troops get trained on them:

At the same time, Americans are now flatly being told by the Biden administration that “we are in a time of war…” In a hard-hitting interview which put Biden official Heather Boushey on the defensive, she actually suggested the US is at war with Russia in Ukraine. Interestingly enough this comes a couple months after Biden admin and defense officials insisted it’s not a proxy war. Well, which is it?

Probably the most astounding interview I’ve seen in a while.

“You didn’t answer his important question… Who is advising the president on shockingly naive price theory over a gallon of gas?”

“Is this just central planning now? Where is this White House going?” https://t.co/ckmiDxnibY pic.twitter.com/kKtNUjxcat

Meanwhile, as more and more billions are now routinely shoveled off to a foreign country which many Americans without doubt still can’t find on a map, an op-ed in Defense One raises some of the obvious questions. An excerpt from the piece below:

“The most serious and talked-about risk is provoking a direct response from Moscow. President Biden insists that escalation risks are being carefully measured, yet Vladimir Putin has attempted to target Western supply lines to Kyiv, conducted strikes dangerously close to the borders of NATO member states, and taken to repeatedly reminding the world about Russia’s nuclear arsenal. Reassurances aside, conflict escalation is perilously hard to predict, frequently occurs beyond the control of the powers involved, and often defies the assumptions and cold logic justifying a given course of action. Amid increasing concerns for Putin’s state of mind, the risk calculus taking place in Washington could easily be off.”