What India And China Spend On Russian Oil

What India And China Spend On Russian Oil

India and China have both been spending more money on Russian oil in 2022 compared to 2021, but, as Statista’s Katharina Buchholz details below, for different reasons. 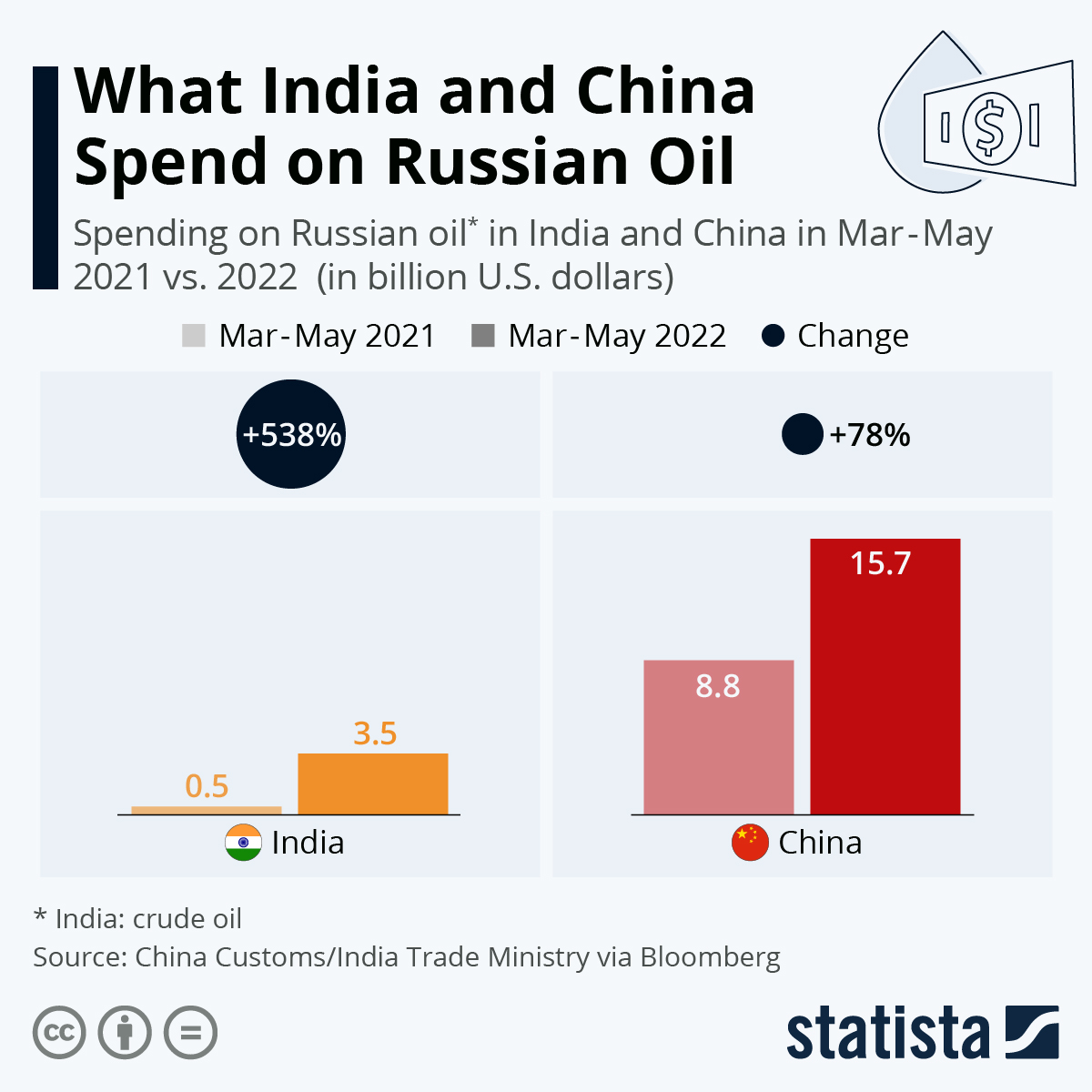 China’s spending on the commodity rose by 78 percent between March and May 2021 and the same time period this year. According to a report by Bloomberg, this increase can be chalked up to the price increase of oil on the world market. China receives oil from Russia through pipelines crossing the countries’ shared border which makes delivery cheaper but also harder to increase. In addition, China had already been buying most oil that can be shipped out of Russia’s Pacific ports previous to the invasion of Ukraine, another factor showing that the increase in spending in China is for approximately the same amount of oil – which the country hasn’t majorly increased but also didn’t try to decrease since the Russian war in Ukraine started.

This shows that India has been buying additional shipments of Russian crude, which are – according to the report – those coming from Russian ports in the Western part of the country and would normally be shipped to Europe. But since European countries have decreased their buying of Russian oil, India has been accepted more shipments at a discounted prices as the route would normally be too long to be economically viable.

The data also shows that despite India’s increase in shipments, the money it pays Putin’s regime is still far lower that the funds coming from China. While India paid $3.5 billion for the three-month period, China shelled out an much higher $15.7 billion.