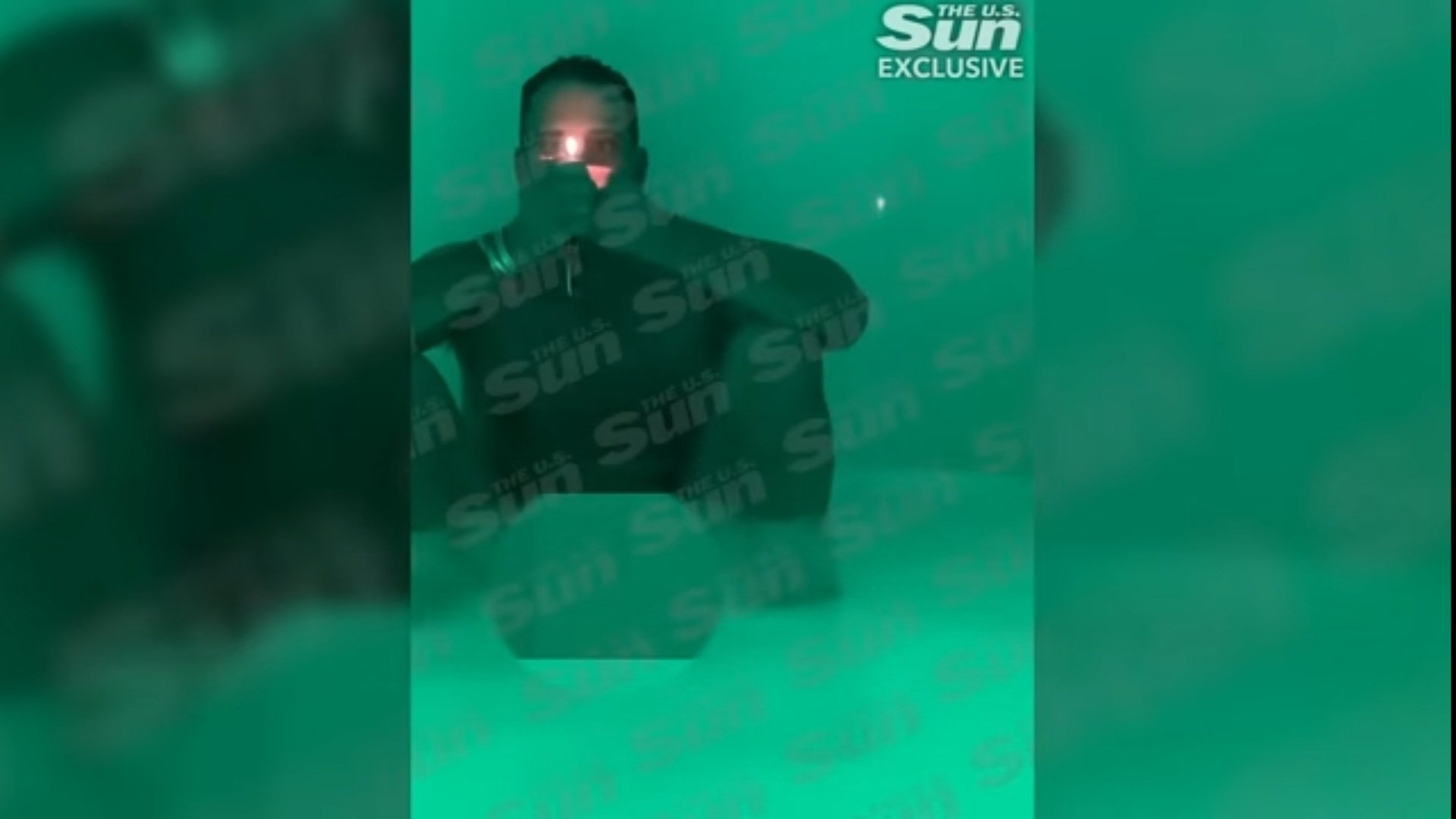 Newly leaked footage that was obtained exclusively this week by the UK Sun shows Joe Biden’s degenerate son, Hunter Biden, drinking alcohol, fondling himself, and smoking what appears to be a crack pipe during a drug “detox” program that was paid for by his father.

In the video, Hunter films himself as he sits naked inside a float tank at a health spa in Newburyport, Massachusetts. He can be seen taking a hit of drugs before cracking open a hard seltzer and staring creepily into the camera, saying absolutely nothing.

Hunter was reportedly in the middle of attempting to get sober at a facility under the care of now-disgraced celebrity psychiatrist, Keith Ablow, but the treatment had little to no success.

“Hunter, 52, can at first be seen floating around and touching himself sexually while trippy ambient music plays in the background.

He then leaves the tank briefly and comes back with the drugs and a can of what appears to be a Black Cherry-flavored White Claw.

At the end of the disturbing video, Hunter stares hauntingly into the camera with the sensory deprivation tank’s fluorescent green light reflected on his drug-ravaged face.”

Even in what amounts to a rehab stint, Hunter’s degeneracy is on full display.

The video was reportedly taken at the Blue Water Wellness in Newburyport, Massachusetts in January 2019 after Hunter texted his father and begged him to send $75,000 to cover bills and other expenses in late 2018.

In other words, Hunter’s drug and alcohol-fueled detox sessions were unwittingly paid for by none other than the Big Guy himself – just like Hunter’s Russian Hooker escapades.

Joe Biden Wired Hunter Biden $100,000 and a Portion Was Used to Pay For Russian Hookers – *Watch Video of Hunter Verbally Abusing a Hooker*

The new video is just the latest example of Hunter Biden’s outright degeneracy. In addition to several other videos and pictures of him smoking crack or using cocaine, he has repeatedly been pictured engaging in sex acts with hookers and brandishing his illegally-owned firearm while he’s intoxicated and high on drugs.

And, as if the petty crime wasn’t rampant enough, Hunter has been the de-facto bagman for the Biden Crime Family for the past decade-plus, traveling around the world picking up cash in countries like China, Russia, and Ukraine on behalf of “the big guy.”

What’s more – the Biden Crime Family now has the most suspicious activity reports from banks, EVER, thanks to Hunter’s illicit business dealings,

However, instead of sitting inside a jail cell or being seriously investigated as he deserves, Hunter parades around smoking his crack and selling his “art” as a free man – he has even been invited to the White House as a special guest – not once, but twice, this week alone.

Meanwhile, hundreds of American citizens are being unconstitutionally held in the DC Gulag because of their political beliefs.

Talk about an inversion of justice.