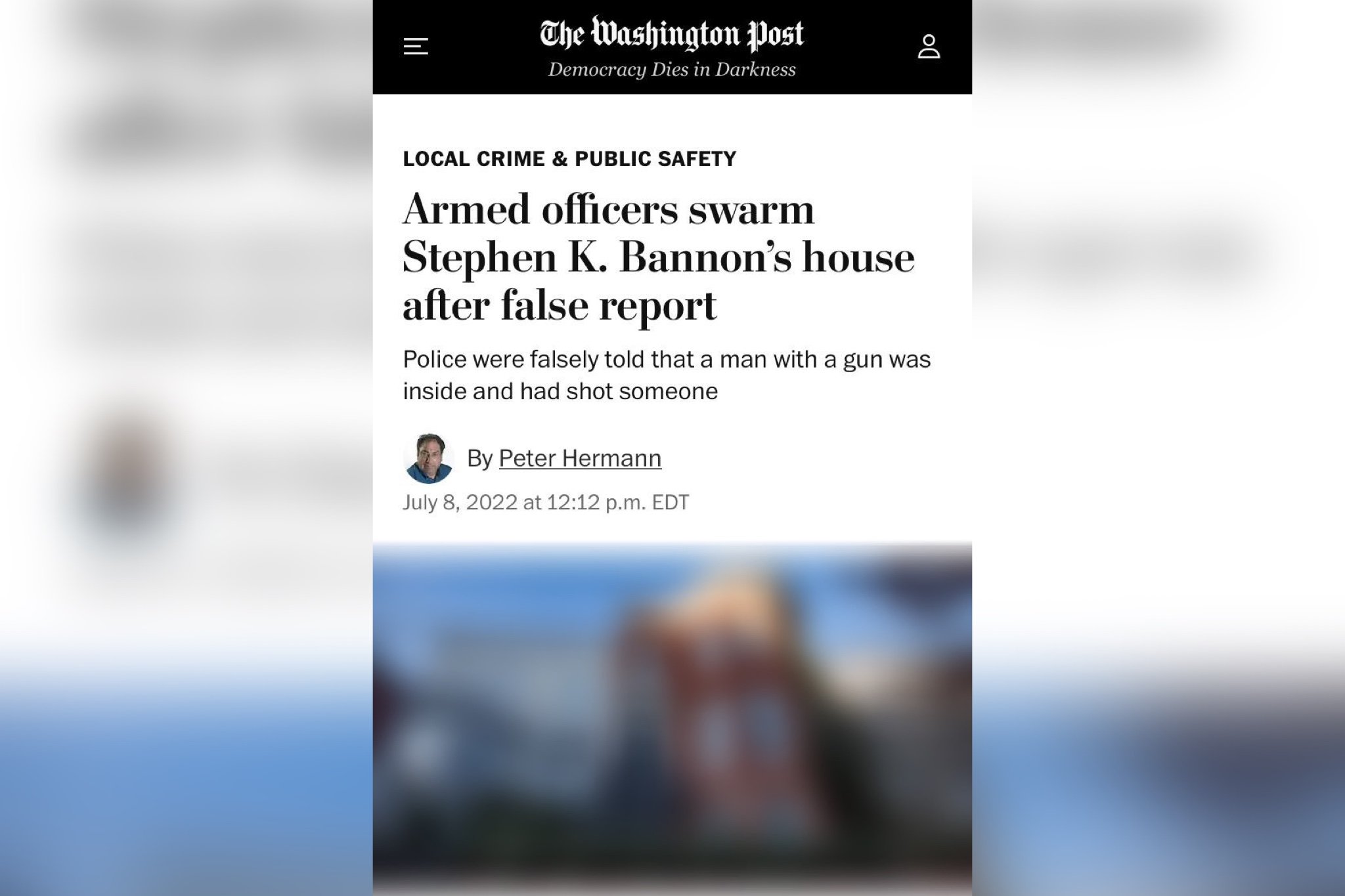 Heavily armed police on Friday swarmed Steve Bannon’s home on Friday morning following a false report of a shooting at the residence.

Later far-left Washington Post then described the location of Steve Bannon’s home and POSTED A PHOTO OF HIS RESIDENCE. They did this for their Antifa mob audiences and nutcases across the country.

They want us all dead.

Heavily armed police on Friday swarmed around the Capitol Hill rowhouse where former Trump White House adviser Stephen K. Bannon lives after receiving a false report that a man with a gun was inside and had shot someone, according to authorities.

Police shut down streets near the Supreme Court and the Capitol for about one hour, prompting fears of an active shooter. About 12:30 p.m., police reopened the streets after determining that there was no shooting, no weapon, no threat and no victim.

Police initially told The Washington Post that they had encountered a person who claimed to be armed and who appeared to be suffering from a mental health crisis, but they found no gun and no one injured. A D.C. police spokeswoman later said someone had called a crisis hotline and reported that a man inside the rowhouse in the 200 block of A Street NE had shot someone and had a firearm.

Please keep Steve and his family in your prayers.

The post STEVE BANNON GETS SWATTED — Police Swarm His Home After Anonymous Call of Shooting Inside — Then WaPo Posts Photo Of His Home Online — DEMONS WANT US ALL DEAD appeared first on The Gateway Pundit.