RON PAUL: What We’re Facing Today Is ‘A Lot Worse’ Than The Depression (VIDEO) 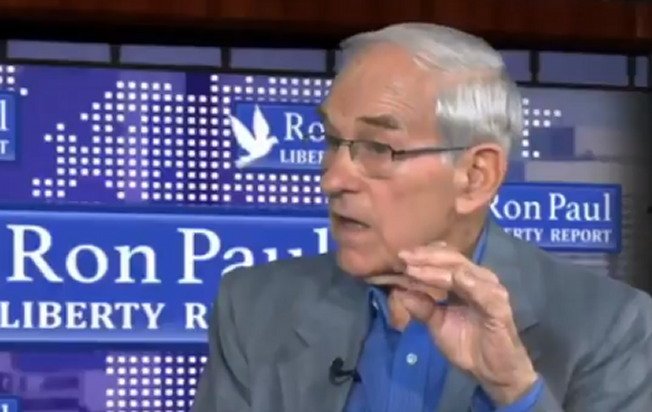 During a recent interview, Dr. Ron Paul, the former Texas Congressman and presidential candidate, made some grim predictions about the economy and where we are headed.

He basically suggested that what we are facing now is possibly on par with the Depression and other massive economic downturns.

This is made all the more scary by how right Paul has been about other things.

Tuesday, during an appearance on Newsmax TV’s “American Agenda,” former Rep. Ron Paul (R-TX) warned the country was worse off than it had been in some of the most challenging economic times in its history, including the Great Depression of the last century.

Paul decried the economic policies of inflating the money supply and the U.S. debt as the causes.

“[T]he founders understood exactly what we’re talking about,” he said. “They had the runaway inflation with the Continental Dollar. So they put in the Constitution that only gold and silver could be legal tender. And if we had followed that, we wouldn’t have had the welfare-warfare state with these huge deficits and what we’re facing because I think what we’re facing today is a lot worse than what we’ve had in the past, whether it was the Depression or whether it was the downturns we’ve had in recent years.”

Ron Paul has been talking about this stuff for years.

“The real deception is when we distort the value of money, when we create money out of thin air”

“We need to understand the more government spends, the more freedom is lost…Instead of simply debating spending levels, we ought to be debating whether the departments, agencies, and programs funded by the budget should exist at all.”
-Ron Paul

The United States is in a dark place.

The post RON PAUL: What We’re Facing Today Is ‘A Lot Worse’ Than The Depression (VIDEO) appeared first on The Gateway Pundit.