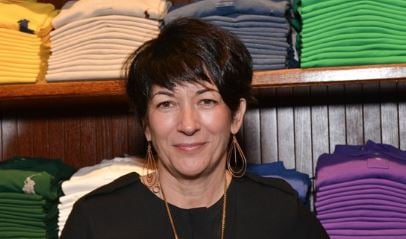 On Thursday, Ghislaine Maxwell formally filed an appeal on her conviction and 20-year prison sentence for helping the late Jeffrey Epstein sexually abuse and traffick underage girls for over a decade.

The appeal comes nine days after she was sentenced by US Circuit Judge Alison Nathan in Manhattan.

Nathan said the sentence reflected Maxwell’s “instrumental” role in the trafficking and abuse, adding it caused “incalculable” damage to victims.

Maxwell’s lawyers have argued that she is being scapegoated for Epstein’s crimes.

Ghislaine Maxwell’s Notice of Appeal was filed with the Second Circuit. pic.twitter.com/dujOeWnFVA

The former socialite was convicted by a federal jury on five charges and ordered to pay a $750,000 fine for her role in grooming young girls who described being drawn into a world of rampant rape and sexual abuse.

The daughter of Robert Maxwell, a British media magnate, could be incarcerated until her late seventies, with possible credit for good

behavior plus credit for the two years she was jailed awaiting trial.

She offered a half-hearted apology at the end of her trial.

“I believe that Jeffrey Epstein was a manipulative, cunning, and controlling man who lived a profoundly compartmentalized life and fooled all of those in his orbit,” she said.

“It is the greatest regret of my life that I ever met Jeffrey Epstein,” she said, calling him “manipulative, cunning and controlling” and saying he, “should have been here.”

“I hope my conviction and harsh incarceration brings you closure,” she added.

Maxwell’s appeal did not say what issues she would raise with her case.

Previously, her lawyers have said the conviction was tainted because of a lack of evidence Maxwell was guilty beyond a reasonable doubt. They also noted that prosecutors waited too long to indict her. Her lawyers also raised concerns that a juror failed to disclose he had been sexually abused as a child.

The appeals process will likely last several months or longer.

Epstein, her former associate, reportedly killed himself in August 2019 in a Manhattan jail cell while awaiting his trial for sex trafficking.

The post Ghislaine Maxwell Files An Appeal After Being Convicted Of Running Jeffrey Epstein’s Sex Trafficking Ring appeared first on The Gateway Pundit.