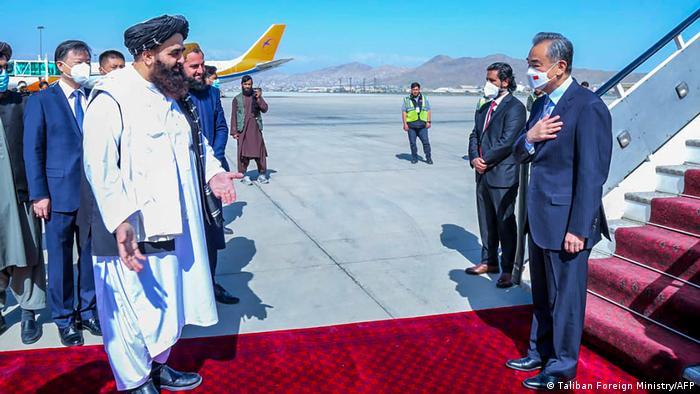 China is bragging about giving the terrorist organization, the Taliban, in Afghanistan $37 million.  But this is only a tiny fraction of the $84 billion Biden surrendered to the Taliban.

China reported today that they had given the Taliban $37 million to help the terrorist regime stay in power:

China’s Ambassador to the Taliban Wang Yu announced on Tuesday that the Communist Party had invested $37.4 million in the success of the jihadist terrorist government since it took power in August.

China has been one of the most enthusiastic supporters of the return of the Taliban Sunni jihadist organization to power in neighboring Afghanistan, calling the August 2021 seizure of Kabul a “sunny day” for the world. While, like the rest of the world, China has not formally recognized the Taliban as the legal government of Afghanistan – accepting it only as an “interim” government entity – it has moved on to transparently treating the terrorists as such, revealing last month that a Taliban “ambassador” is stationed in Afghanistan’s embassy in Beijing.

But China has nothing on Biden.  Joe Biden left $84 billion in arms, planes and equipment with the Taliban in the world’s worst surrender in history.

Then after gifting the Taliban billions, Biden abandoned 9,000 Americans in Afghanistan.

China is really third-world when it comes to surrendering money to the Taliban.

The post China Brags About Giving Taliban $37 Million – They’ve Got Nothing on the $84 Billion Joe Biden Surrendered to the Terrorist Regime appeared first on The Gateway Pundit.