“We Are Not Slaves, We Are Farmers!” – Polish and Italian Farmers RISE UP Against Government Elites Destroying Their Family Businesses 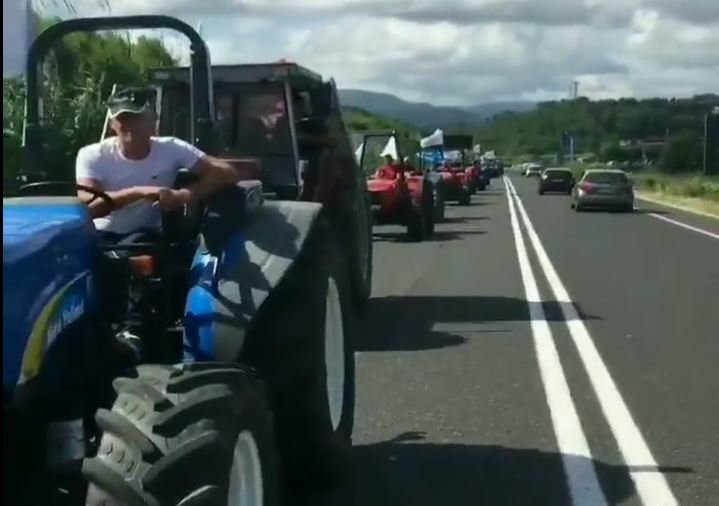 Farmer protests continued in The Netherlands on Thursday. And now the movement is spreading.

Farmer protests were launched in Italy and Poland on Thursday.

The farmers are outraged over new government regulations that force them to reduce their nitrogen fertilizer compounds and limit their number of livestock. The farmers argue that these policies will bankrupt their family business.

Reductions are necessary in emissions of nitrogen oxides from farm animal manure and from the use of ammonia in fertilizer, the government says, estimating a 30% reduction in the number of livestock is needed.

High-intensity farming of cows, pigs and other animals has made the Netherlands Europe’s leading emitter of the substances. Construction and traffic also contribute.

Dutch and European courts have ordered the Dutch government to address the problem. Farmers say they have been unfairly singled out and have criticised the government’s approach.

Traffic jams were reported on the highways.

In the Netherlands, the supermarkets are starting to run out of food on their shelves.

Netherlands: Supermarkets are running out of food. Farmers and truckies. As the farmers protest begins to bite, their power is the fear of corrupt governments world-wide. Italian and Polish farmers protesting. So, where are the Aussie truckies and farmers in all this? pic.twitter.com/neqZUrSVXL

Farmers in Poland are now rising up against the elites.

Polish farmers are rising up! This is growing into a global movement. pic.twitter.com/upRFbM1lQE

Italian farmers are also rising up in protest against the stifling regulations against their livelihood.

Italian farmers also rise up: “We are not slaves, we are farmers! We cannot make ends meet!” Then a warning to politicians: “Let’s come to Rome!” The unjustified and nefarious increase in raw materials and basic necessities have brought the agricultural sector to its knees. pic.twitter.com/3yOTuM6Md9

Mass protests of farmers in Poland.

The post “We Are Not Slaves, We Are Farmers!” – Polish and Italian Farmers RISE UP Against Government Elites Destroying Their Family Businesses appeared first on The Gateway Pundit.