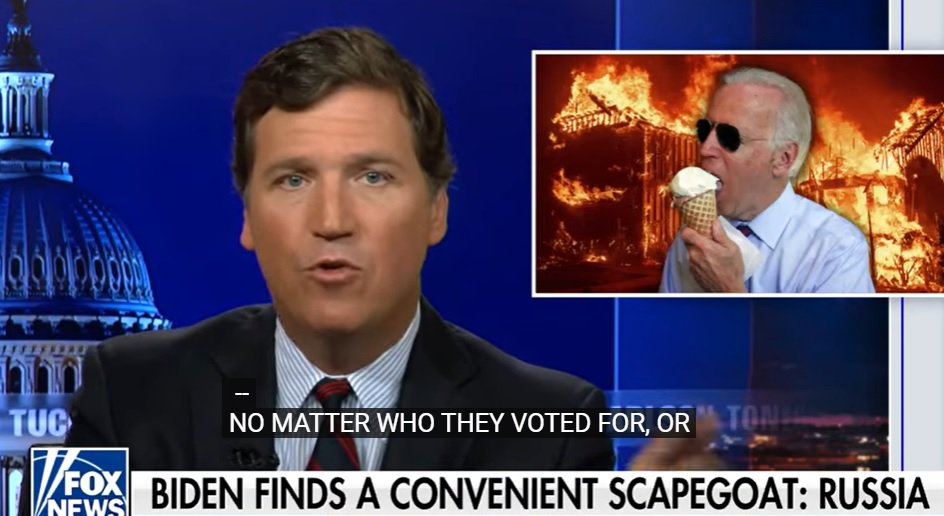 Tucker Carlson opened last night with the obvious and what we all have known since January 20, 2021.  Joe Biden should be impeached.

Biden was given the 2020 Election after massive amounts of fraud everywhere.  The election should never have been certified across numerous states due to this fraud leading to an uncertifiable election.

Biden then started day one by destroying America.  As we write every day, everything Joe Biden has done since taking control of the Executive Branch of the United States of America has hurt America.  Everything.

On top of all of it, we have no idea who is running the government due to Biden’s obvious and absolute inability to function mentally and physically.

Joe Biden should be impeached.

Tucker shared the following in his opening:

Tucker shares that the US has ample supplies of all three with abundant farmlands, fresh water, and the largest recoverable oil reserves on the planet.  But liberals want us to believe that windmills are where it’s at but that is simply not true.  Yet the US has suddenly experienced shortages of energy and food.  The rest of this opening is excellent – spot on.

Often Tucker knocks it out of the park.  Last night he hit a grand slam.

See the entire opening below: