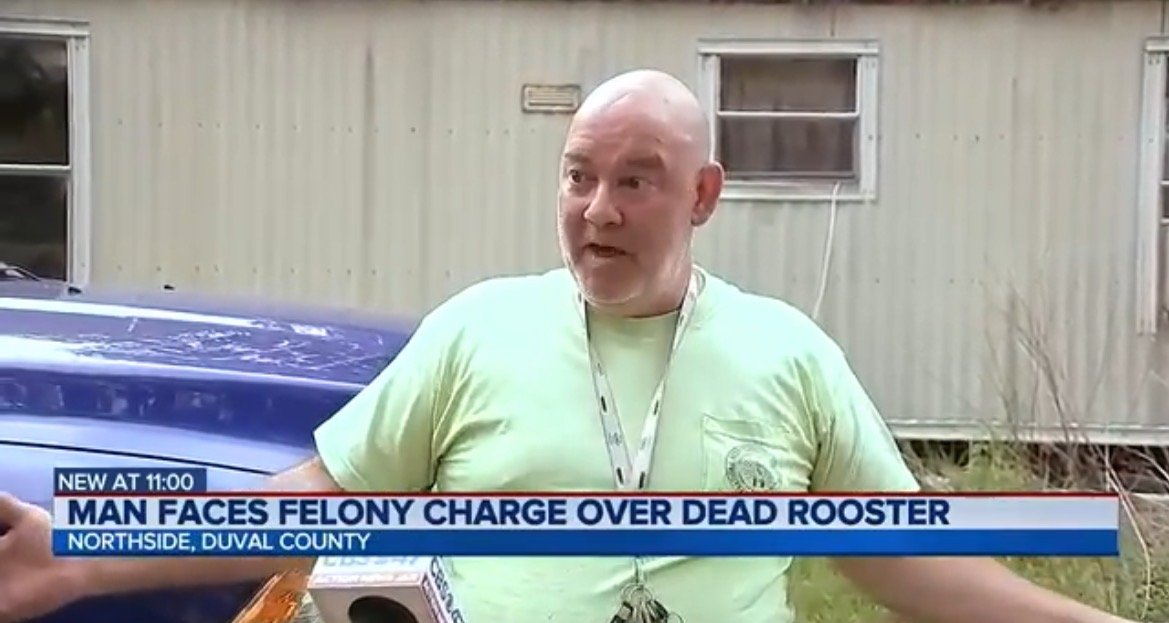 A Florida man was jailed and is facing a felony charge for recently killing his neighbor’s pet rooster in self-defense.

A Jacksonville man is facing animal cruelty charges after he clubbed his neighbor’s aggressive rooster to death.

James Nix told Action News Jax that he was forced to kill the rooster after it viciously attacked him.

“I didn’t know to give it a 21-gun salute!” Nix told Action News Jax. “CPR? Mouth-to-mouth? You know, or call the chicken ambulance?”

A Jacksonville man has been accused of murdering his neighbor’s rooster. Now, a feud between the two has ended in a 30-hour jail stay and a lot of fighting.

Jason Defelice believes his neighbor killed the pet rooster on purpose, saying, “I lose them to animals, but I was not expecting to lose them to my neighbor that was like my friend.”

Nix says it only happened because the rooster was attacking him.

“I’m defending myself, you know. I was fearing for my safety, and the chicken died.”

He says what happened next was an accident.

“So I pick up a stick in the yard, and I try to hit it. But the chickens jumping up at me, and I accidentally knocked in the head, you know? Call it a lucky shot, whatever.”

Jason Defelice called the police on his neighbor after he found his dead pet rooster in a ditch.

A must watch video: Nix explains why he killed his neighbor’s rooster:

The post Florida Man Jailed For Clubbing Neighbor’s Pet Rooster to Death in Act of Self-Defense (VIDEO) appeared first on The Gateway Pundit.