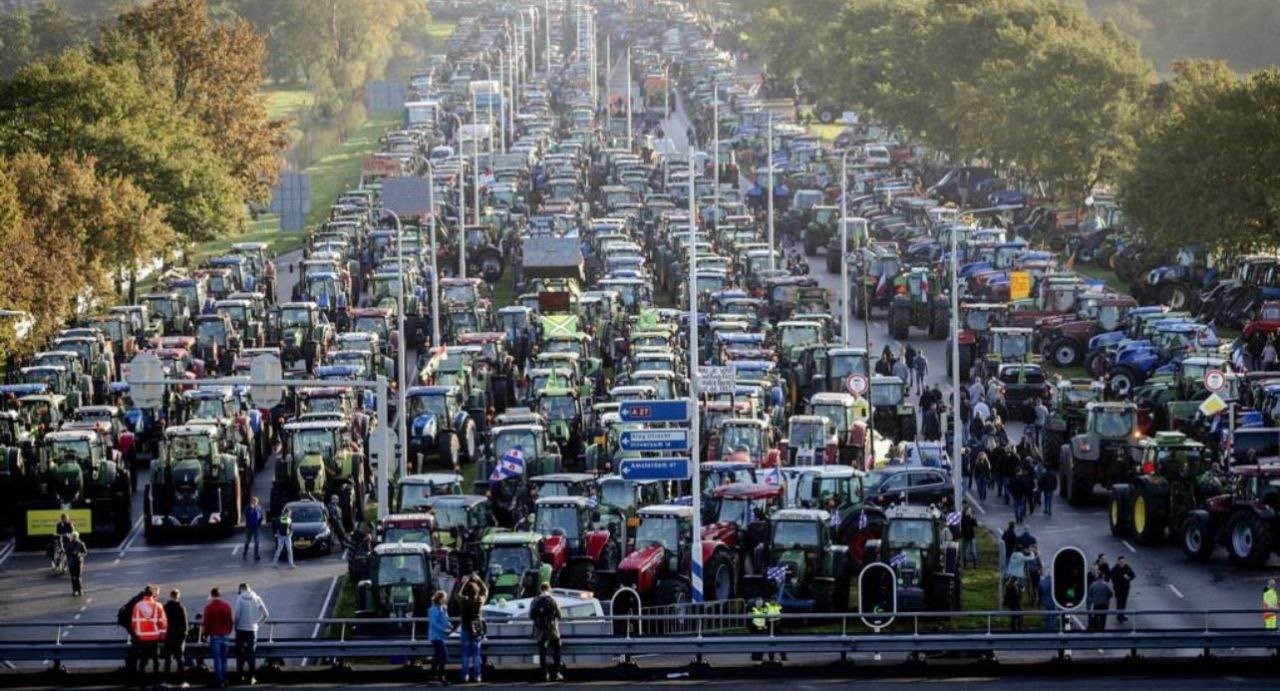 Not since Wile E Coyote’s repeated failures to nab the Road Runner have we seen debacles like the ones now unfolding in the UK and Europe as a consequence of their misguided effort to destroy Russia.
Germany’s economy is on the precipice. With an economy dependent of the import of oil and gas from Russia, German Prime Minister Olaf Scholz thought it a dandy idea to cut itself off from its main supplier. What could go wrong with that?

In the Netherlands, the government has declared an economic war on its farmers (inspired by the government’s desire to go green) and has been surprised to discover that farmer produce food. Who knew? Check out the grocery shelves:

They wanted to go green but now get to go hungry. Apparently, all foodstuffs do not come packaged from Amazon.

Leave it to Boris Johnson (no relations) of the U.K. to put on the biggest clown show at the circus. The British economy is poised to re-enact the submereged sundering of the Titanic:

The UK is sliding towards a recession. Only six months ago, a strong recovery was expected, but the impact of the pandemic, the slow return to pre-Covid work patterns and soaring inflation driven by the Ukraine invasion have depressed the economy. Last week the governor of the Bank of England, Andrew Bailey, warned that Britons are likely to suffer a deeper and longer downturn than other major industrialised nations. He also said inflation would be more severe and persistent.

Instead of sticking at home and trying to at least maintain a pretense of trying to address the mounting political problems, Boris has built up his frequent flier account with trips to Kiev in order to hang out with his new man crush, Zelensky the Comedian. All of this neglect of the homefront by Johnson came to a head today as he is now faced with a tsunami of resignations from his Cabinet. Leave it to Boris to do a great imitation of Helen Keller as he adamantly refuses to acknowledge the dramatically eroding support or hear the calls from his own crew to resign. He stumbles along, at least for now, petulant and stubborn. We have not witnessed this level of self-delusion since Hitler was holed up in his Bunker moving imaginary armies to try to stop the Soviets.

Boris, according to press reports, fancies himself a reincarnation of Winston Churchill. That means we can add another medal for self-delusion to Johnson’s list of accomplishments while in office. It appears that B.J. is guided by one of Churchill’s iconic quotes, “Now this is not the end. It is not even the beginning of the end. But it is, perhaps, the end of the beginning.” News flash for Boris–this is the end of the line. It is time for you to go.

Russia and the war in Ukraine is the undercurrent to all of the unfolding political chaos in the UK and the rest of Europe. The high hopes that severe economic sanctions would bring Putin to his knees turned out to be the first great fairy tale of the 21st Century. Putin and the Russians are doing just fine. It is the European lot, as was the case with Wile E Coyote, immolating themselves.

If the European economy was humming along like a Ferrari in the fast lane, the European public, especially the Brits, would be willing to ignore the lies and incompetence displayed by their leaders. But the Ferrari is out of gas and stuck in the desert. That does not make for happy, patience constituents. They tend to get a bit rowdy and unruly when having to forego a supper.

I imagine Vladimir Putin is tuned in to Sky News, seated in a big recliner, munching on a bag of popcorn and scarfing down a beer or two while watching the Boris Johnson show, who has reinvented himself as Captain of the Titanic. Boris is lashing himself to the mast. He will go down with the ship.

Complicating the situation for Johnson is the deteriorating situation in Ukraine.

Sir Hew Strachan writing in the Daily Telegraph offered up this sobering assessment: But in terms of Ukraine’s requirements now, Nato has offered little more than warm words. In doing so, it has exposed the continuing gaps between the alliance’s understanding of its own security and Ukraine’s immediate needs.

Time is not on Ukraine’s side. The country is losing lives and suffering direct destruction: for Kyiv, the economic costs are more severe and more immediate than they are for Russia. However, Nato behaves as it once argued the Taliban did – as though Russia has the watches but Nato has the time. It doesn’t seem to realise that Nato will be out of time if Ukraine is defeated before next summer. By then, in its best-case scenario, the alliance will have provided the Ukrainians with the equipment and training to enable them to mount counter-attacks. But Nato’s strategy depends on Ukraine’s resilience over the coming winter – and the resilience of its own electorates.

Here is my prediction–come the end of August, Boris Johnson and Olaf Scholz will be out of office and Vladimir Putin will be sitting pretty.