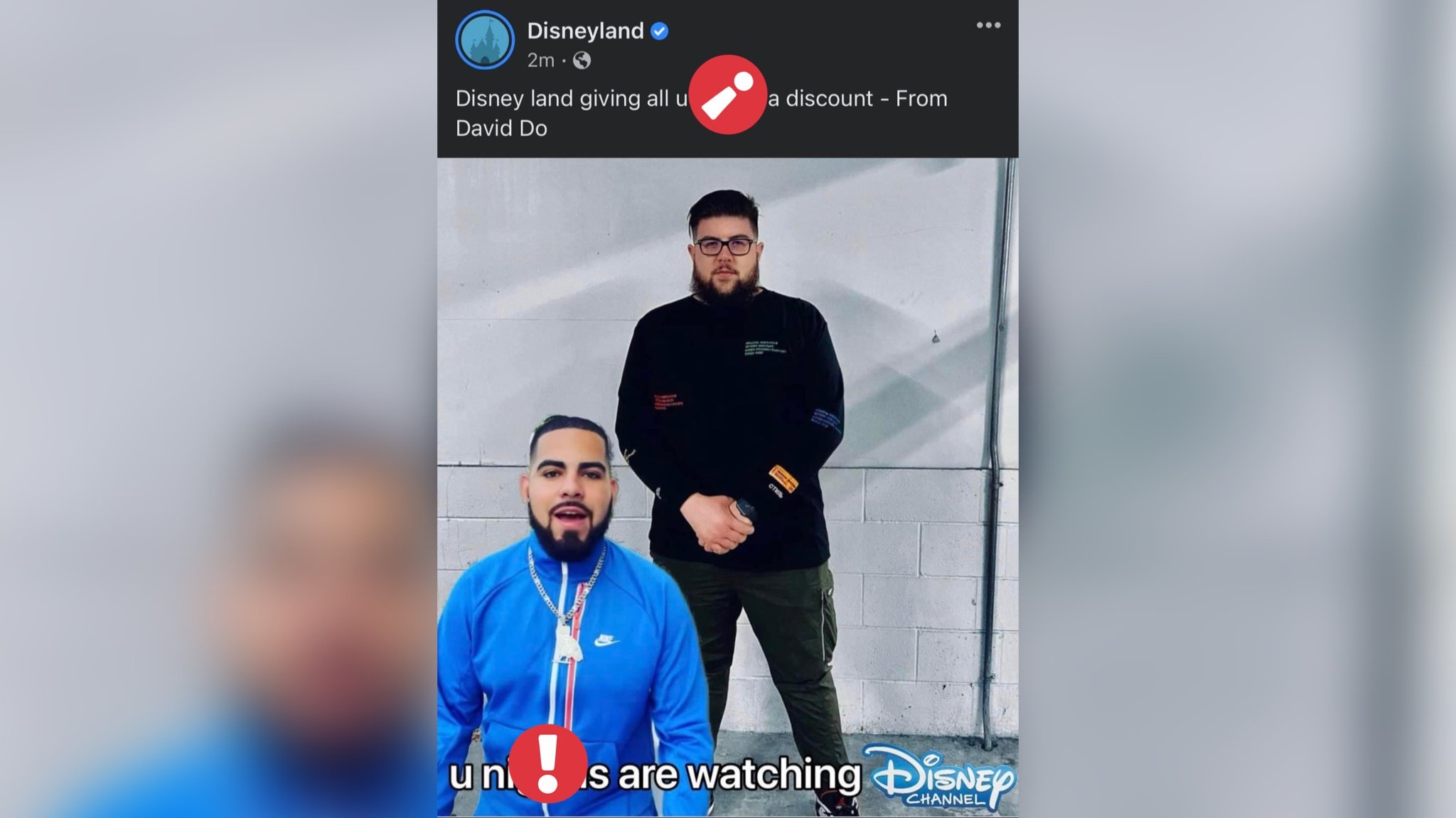 This #Disneyland hack is baaad
Thoughts and prayers to social media team responsible for those accounts! #DisneylandHacked pic.twitter.com/zYKxNbCUR1

“I am a super hacker that is here to bring revenge upon Disney land,” he wrote alongside a photo of what appears to be himself, saying that he is sick of employees mocking him. “…Who’s the tough guy now Jerome?”

Along with repeatedly using the N-word in his posts, the hacker repeatedly said he “invented covid.”

The hacker also posted on the account’s Instagram story.

Disneyland has 8.4 million followers on Instagram and its page is otherwise filled with photos of families, children and activities at the California resort.

The account was temporarily taken down shortly after the incident and reemerged without any of the hacked posts.

Disneyland’s other social media pages seem to be unaffected and the company has not yet made a statement about the incident. CBS News has reached out for comment.