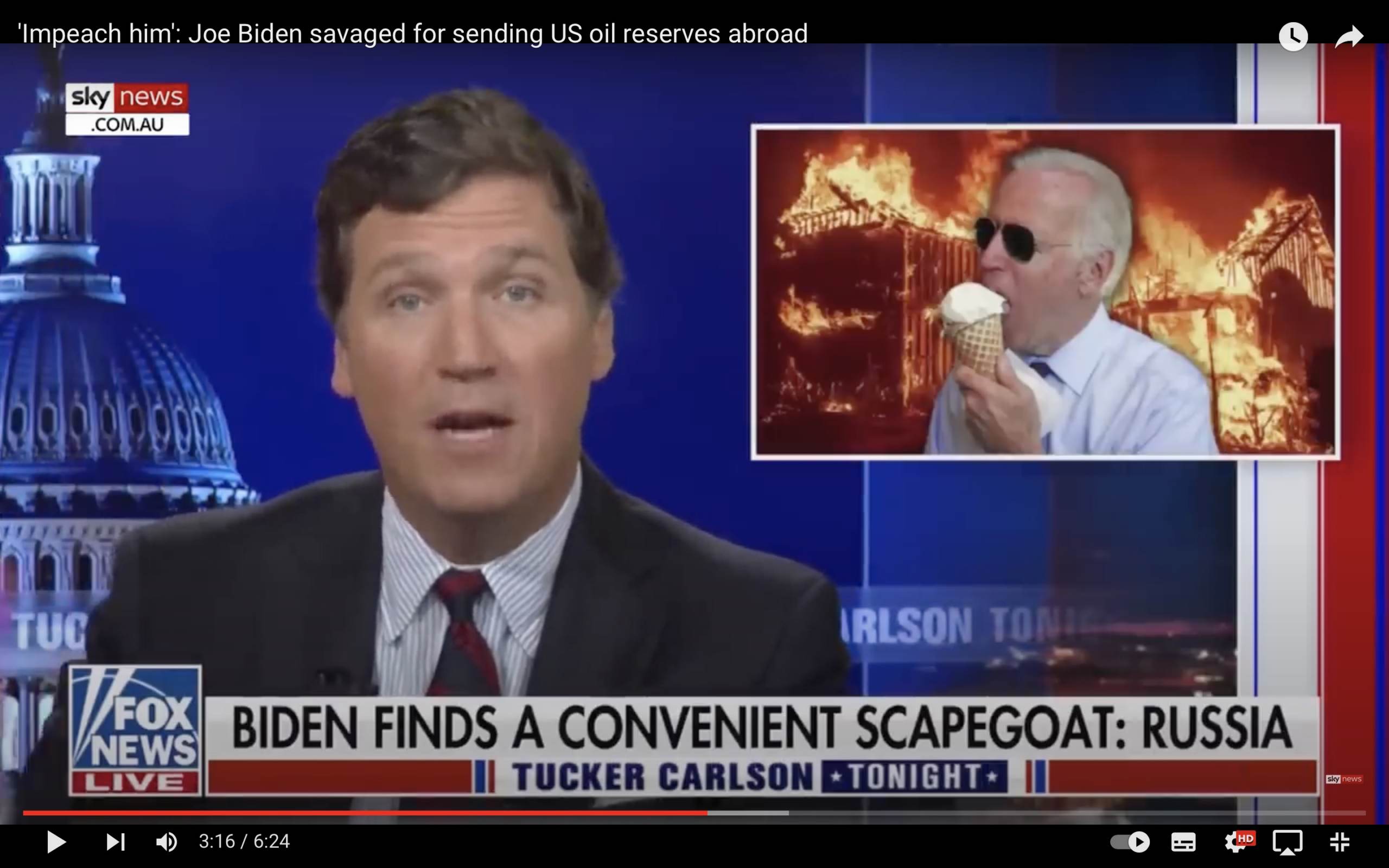 My message to the companies running gas stations and setting prices at the pump is simple: this is a time of war and global peril.

Bring down the price you are charging at the pump to reflect the cost you’re paying for the product. And do it now.

“More than 5 million barrels of oil that were part of a historic U.S. emergency reserves release to lower domestic fuel prices were exported to Europe and Asia last month, according to data and sources, even as U.S. gasoline and diesel prices hit record highs”, Reuters writes.

“About 1 million barrels per day is being released from the Strategic Petroleum Reserve (SPR) through October,” Reuters wrote. “The flow is draining the SPR, which last month fell to the lowest since 1986. … Cargoes of SPR crude were also headed to the Netherlands and to a Reliance refinery in India, an industry source said. A third cargo headed to China, another source said.”

In December Joe Biden announced he was going to open the US oil reserves. This was after he spent the last year blocking pipelines and production here in the United States.

The Gateway Pundit reported back then that the oil reserves were expected to go to India and China.

And that is exactly what happened.

The Biden crime family has received $31 million from companies tied to the Chinese Communist Party’s Ministry for State Security. The only explanation for the Biden Regime’s treasonous actions in wartime is that they are “intentionally trying to harm the United States”, said Tucker Carlson. “If that’s not an indictable offense, it’s certainly an impeachable one.”

The post As Gateway Pundit Reported Back in December — Biden Regime Is Now Sending Strategic Petroleum Reserves to China as US Gas Prices Hit Historic Levels appeared first on The Gateway Pundit.