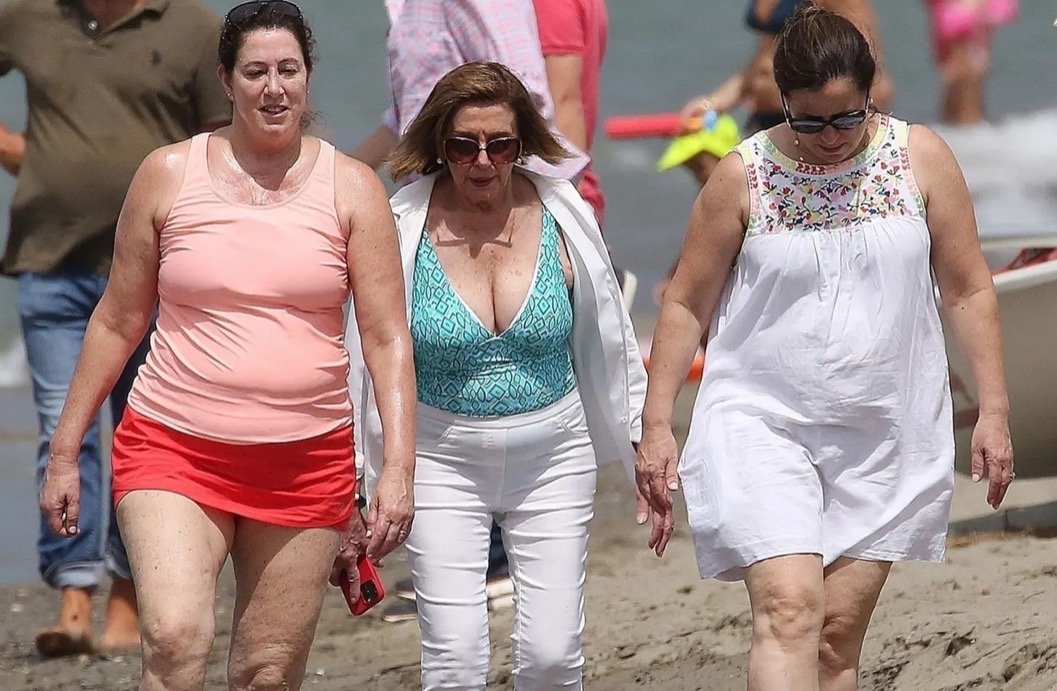 The New York Post obtained the photos of the Democrat Speaker of the House and her husband, Paul Pelosi hanging out (literally) at the Alpemare Beach Club.

Paul Pelosi was arrested in May for drunk driving but he’s above the law so he’s enjoying a vacation in Italy.

Californians are being crushed by $6+ a gallon gas while Pelosi is rubbing elbows with celebrities on an exclusive, ritzy beach in Italy.

A little more than a month after House Speaker Nancy Pelosi’s husband, Paul, was busted for DUI in California — leaving him facing jail time — the multimillionaire couple was spotted at a ritzy resort on the Italian seaside owned by legendary tenor Andrea Bocelli.

The Post exclusively obtained photos of the couple — Nancy dressed in all white with Paul clad in dark shorts and shirt — hanging with Bocelli, his wife, Veronica Berti, and others at the Alpemare Beach Club.

The California Democrat was also pictured in animated conversation with a group including Bocelli and Berti inside one of the sumptuously outfitted tents on the beach.

Reports from insiders said most patrons didn’t recognize Pelosi and kept asking the lifeguards who she was.

The resort, so exclusive that rates for personal cabins are only available by emailed request, is nestled between the beach and the mountains in Forte dei Marmi, about 60 miles west of Florence.