Power Companies Face Transformer Shortage Ahead Of Hurricanes And Wildfires

Power Companies Face Transformer Shortage Ahead Of Hurricanes And Wildfires

Power-grid operators across the US recently warned about the increasing risks of electricity shortages and the potential need to implement rolling blackouts for grid stability this summer. According to a Reuters report, utilities are sounding the alarm about a transformer shortage.

Utility operators are stocking up on transformers, distribution lines, and poles, though many have one similar issue: sourcing has become challenging, and this is all happening as hurricane season has begun on the East Coast and heatwaves and fires scorch the West.

“We’re doing a lot more splicing, putting cables together, instead of laying new cable because we’re trying to maintain our new cable for inventory when we need it,” Nick Akins, chief executive of American Electric Power, a utility company delivering electricity to more than five million customers in 11 states in the eastern half of the US.

“You don’t want to deplete your inventory because you don’t know when that storm is coming, but you know it’s coming,” Izzo said. The utility serves millions of residential and business customers across New Jersey. 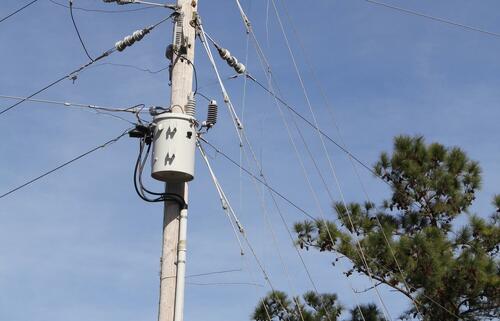 Utilities across the country are getting dangerously low on overhead distribution transformers. Supply is lacking, and the shortfall could take two years to correct.

“If we have successive days of 100-degree-heat, those pole-top transformers, they start popping like Rice Krispies, and we would not have the supply stack to replace them,” Izzo said.

If wild weather from coast to coast wreaks havoc on power grids in the coming months, some utilities might find replacing transformers impossible because of limited supplies.