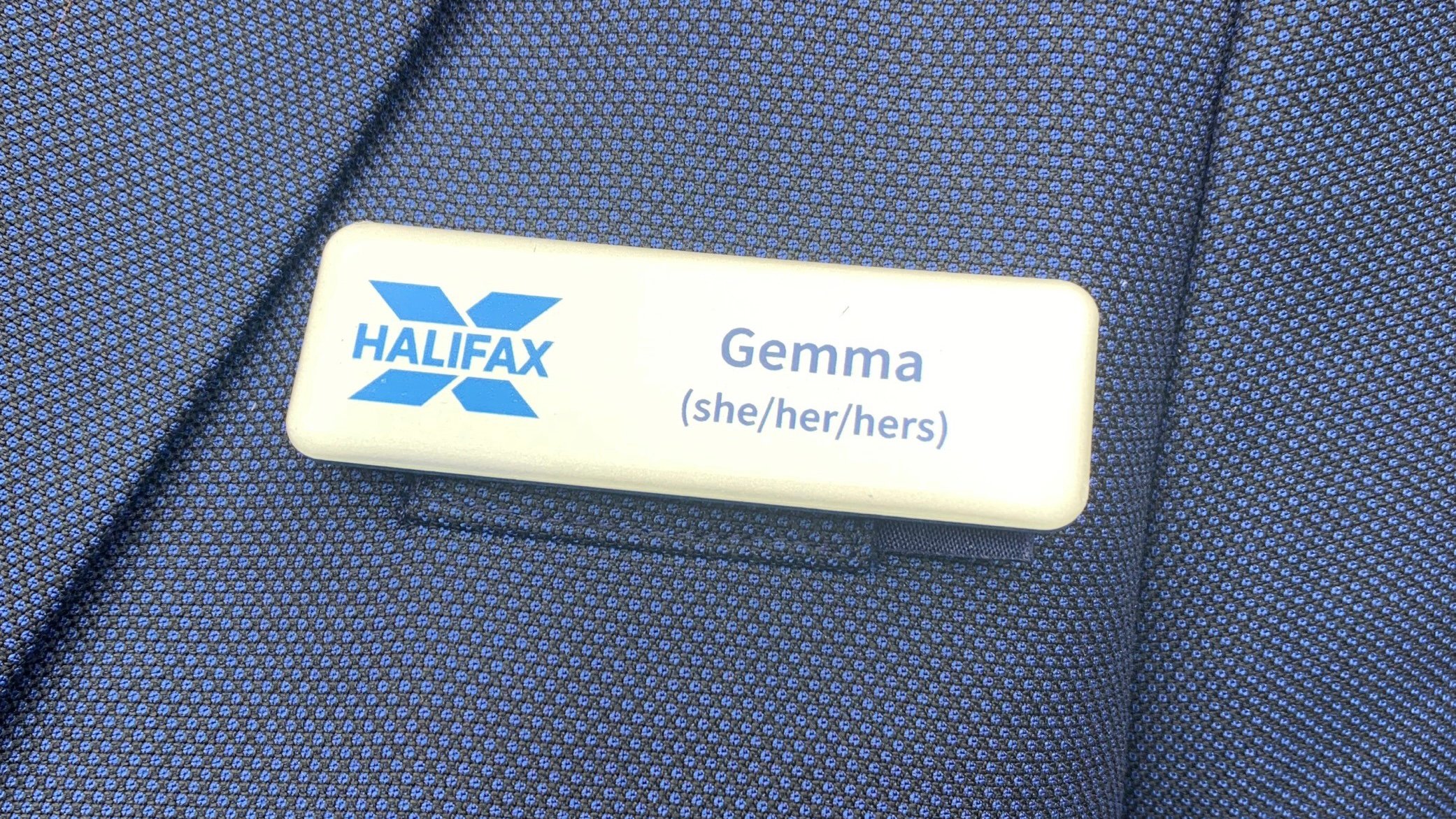 Customers at Halifax Bank have withdrawn their funds and canceled their accounts after the British bank issued a warning to those who don’t like its new ‘woke’ pronoun policy.

Halifax tweeted a photo of a name badge with preferred pronouns and a caption that reads, “Pronouns Matter.” The tweet also featured the hashtag #ItsAPeopleThing.

The tweet has received more than 12,000 responses as of the time of this writing.

In reaction to Halifax’s woke action, customers have criticized the bank for “virtue signaling,” and many have said they will no longer do business with them, according to Washington Examiner.

One customer tweeted, “I shall be transferring my £300k+ mortgage over to another bank. One that values customer service and short wait times over pronouns and virtue signaling. Loved the good old days when a bank was just a bank.”

I shall be transferring my £300k+ mortgage over to another bank. One thay values customer service and short wait times over pronouns and virtue signalling. Loved the good old days when a bank was just a bank.

One of the tweets was answered by a representative from Halifax named AndyM, who said that they encouraged the user to ‘close their account’ if they do not agree with the company’s ‘values.’

We strive for inclusion, equality and quite simply, in doing what’s right. If you disagree with our values, you’re welcome to close your account. ^AndyM

Below are some of the responses from the internet:

My wife and I have followed this advice, partly due to Halifax’s current virtue signalling but mostly the eagerness of AndyM to lose customers.

Mortgage is being moved, credit cards have been cancelled, deposit account closed. Had been with you since the 90s.

And while you say pronouns matter, I say pronouns are the membership card of a dangerous movement and lead to things like this:https://t.co/bbN2Q7e4vF

Account will be closed. I’m fed up of this shit.

No, they do not. Politeness, efficiency and courtesy matter when you’re working in a bank. I don’t need to know about the sexuality of people I don’t know.

The former spokesman for the bank weighed in on the controversy.

Halifax’s decision to tell customers to close their accounts if they disagree with the bank’s stance on staff pronoun badges is an “outrageous” move, its most famous former employee has said.

Howard Brown, who ran Halifax’s TV commercials in the early 2000s, said the bosses at the bank should “leave politics to the politicians.”

His comments came after Halifax tweeted a photo of an employee badge with Gemma’s name on it, with the pronouns she, her and her written below it.

“Pronouns are important,” Halifax wrote in his tweet. “#ItsAPeopleThing”.

The pronoun badge policy, announced during Pride month, was praised by LGBT+ groups but criticized by some customers, who threatened to switch banks in protest.

Halifax, who introduced the policy to prevent “accidental sexual intercourse,” responded by saying that customers who “disagree with our values” are welcome to close their accounts.

Mr Brown, 55, was working in a Halifax branch in Birmingham when executives chose him as the bank’s face some 22 years ago. He left in 2012.

The post Halifax Bank’s Woke Pronoun Policy and Bullying of Customers Leads to Mass Exodus of Clients appeared first on The Gateway Pundit.