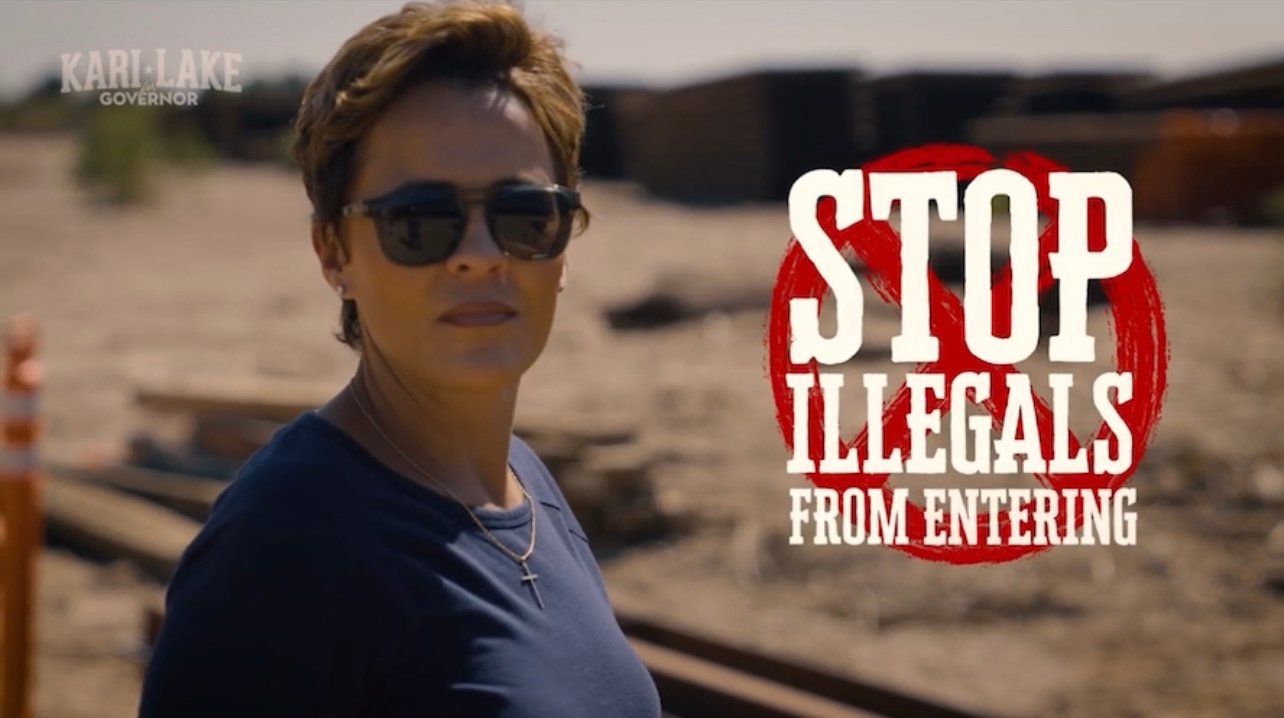 It aired this morning on Steve Bannon’s War Room.

Lake’s bold border plan will use the powers granted in the Constitution to declare an invasion and secure the border using National Guard troops, State resources, and a compact between the States to stop the invasion. Kari Lake will also finish President Trump’s wall.

Lake has asked, “What’s Joe Biden going to do? Arrest a sitting governor?”

Lake’s RINO Primary opponent, Karrin Taylor Robson, is a woke illegal immigrant activist who previously voted for discounted college tuition rates for illegal immigrants as a member of the Arizona Board of Regents. Her weak border plan will not stop the invasion.

Karrin’s border policy is total BS. Her six point plan or five point plan—is nothing more than buzz words and talking points packaged together by her high-priced McCain Consultants There is absolutely no meat on the bone. Her border policy is basically what Doug Ducey is doing now. Nothing.  Robson is a Trojan Horse trying to buy the election.

Electing her would be the same as electing Katie Hobbs—Arizona will end up having open borders and corrupt elections. I am the only hope to make sure that Arizona gets on the right track. I hope voters understand what is at stake.

Lake: Arizona is under attack. I’m Kari Lake. As governor, I will issue a declaration of invasion, Finish President Trump’s wall, blow up the cartel’s drug tunnels and surveillance drones, and deploy the Arizona National Guard to stop illegals from entering. Arizona is our home, and I will do everything in my power to defend our families.