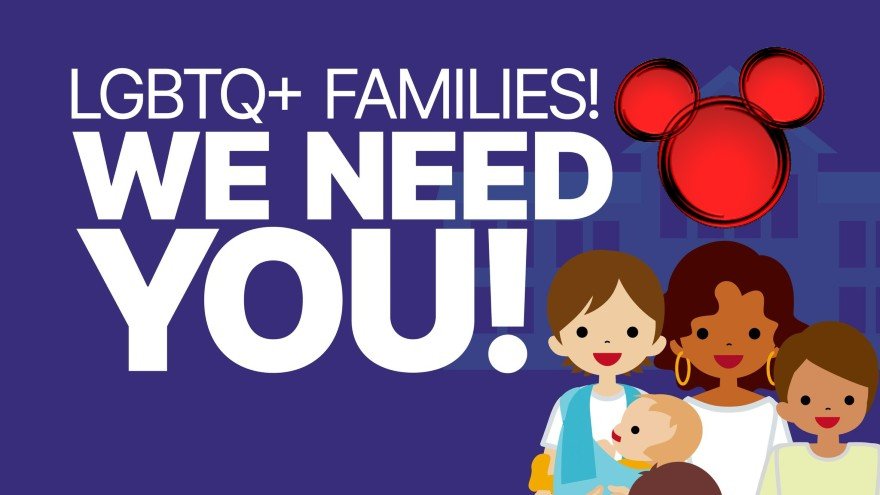 GLSEN, an organization that has been “championing LGBTQ issues in K-12 education since 1990” and is funded by Disney, launched a campaign to influence policymakers.

Disney continues to push its woke agenda, pushing an LGBTQ agenda in education for children. On Tuesday, GLSEN took to Twitter requesting LGBTQ families to take a survey regarding schools.

Help us inform policymakers about what’s really going on in our nation’s schools.

GLSEN’s survey website requests that parents, caregivers, and youth with at least one LGBTQ parent or caregiver participate in their “LGBTQ+ Families and Schools Study.”

The Group said the survey was meant to “help us inform policymakers about what’s really going on in our nation’s schools.” The survey is a joint effort between GLSEN, Family Equality, and COLAGE, a handful of groups that focus on LGBTQ agendas in education.

“The LGBTQ+ Families and Schools Study will be an important tool for fighting anti-LGBTQ+ bias in K-12 schools across the nation,” the group says on their site.

“The information gathered from this survey will help GLSEN, Family Equality, and COLAGE to inform education policymakers and the public about the right of all students to be treated with respect in their schools,” it continues.

The survey is offered in 2 versions, one for kids and parents, each tailored to the survey taker.

The kid’s survey is tailored to middle or high school students over 13 with at least one LGBTQ parent or caretaker. It starts by asking them to “tell us about your experiences in school.”

The student-aged kids are asked to provide insight into experiences in which they may have heard derogatory language about LGBTQ people. They ask about incidents in which they were made to feel uncomfortable by other students or staff. Participants are asked about anything, including their sexual orientation or gender, how they express their gender, body size, and academic ability, which has made them feel discriminated against.

Parents of LGBTQ children at all grade levels are asked to “tell us about your experiences with your child’s or children’s school.” It then asks, “How often do you feel you have had to educate your child’s school about LGBTQ+ people and/or families?” The survey also asks if parents have any cisgender or transgender children, what type of schooling they have received, and whether the parent sought out LGBTQ information regarding their child’s school before enrolling.

The group incentivized the survey, telling participants they would be entered to win one of twenty $50 gift cards for participation.

The survey appears to be the latest response by GLSEN to legislation such as Florida’s Parental Rights In Education Bill, HB1557, which prohibits sexual education for children ages 5-8 in the classroom.

The bill was dubbed the “Don’t Say Gay Bill” by activists but is a gross misrepresentation of the measure. The aim of Florida’s legislature is to protect minor children from being over-sexualized in schools.

Disney spoke out against the measure after pressure from GLSEN and other groups. Disney has been exposed more recently for its internal agenda to push sexual identity, transgenderism, and other woke politics through its children’s programming.

The post Disney Funded GLSEN, and LGBTQ Foundation, Lauches Another Push To Infiltrate Schools appeared first on The Gateway Pundit.