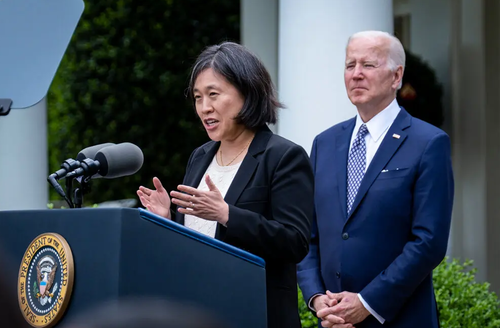 As we noted on Monday, the Biden administration has been mulling a rollback of Trump-era tariffs imposed on China.

The Wall Street Journal pointed out that the decision is constrained by competing policy aims – one one hand, easing tariffs would somehow, in theory, reduce inflation. On the other hand, several Biden admin officials see tariffs as “valuable leverage in getting concessions from China,” and would prefer to see a tariff cut paird with other measures designed to keep pressure on Beijing to change practices that put US companies and workers at a disadvantage.

So after several days of hand-wringing and rumor milling, Politico reports on Tuesday that Biden is now considering a minuscule rollback on just $10 billion worth of Chinese goods, while opening the door for a new exclusion process for firms to win additional relief.

The rollback would be just a fraction of the approximately $370 billion in tariffs slapped on China by the Trump admin. 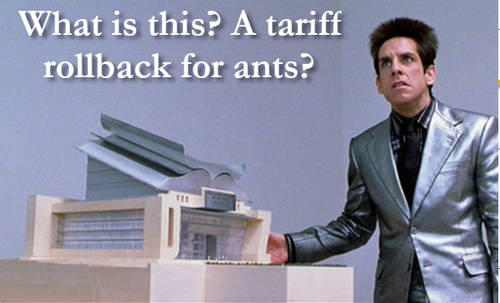 The president in recent weeks held a number of meetings with senior economic advisers where options for a decision on the Trump-era tariffs were discussed, Bloomberg adds citing its own sources.

Politico also notes that the United States Trade Representative (USTR) has received over 300 requests to continue Trump’s tariffs as the “first stage of a mandatory four-year review comes to a close at midnight today.”

Meanwhile, top trade reps from the US, Mexico and Canada will meet in Vancouver, Canada on Thursday and Friday for the second meeting of the USMCA Free Trade Commission.

As we noted on Monday, Biden has been buffeted by policy disagreements both within his administration, and by outside forces including business, labor and lawmakers, which is why a plan to announce a tariff cut has been repeatedly postponed, as it reflects the “sharp divisions” within his own administration over the China tariffs.

Among his own cabinet, Treasury Secretary Janet Yellen – who recently admitted her cluelessness is behind the most catastrophic inflationary juggernaut unleashed in the US in more than 40 years – has called tariffs a drag on the economy, saying the administration is looking at ways to reconfigure them to help curb inflation. Yellen has said some of the inherited tariffs aren’t strategic and don’t address China’s unfair trade practices.

“Reconfiguring some of those tariffs so they make more sense and reducing unnecessary burdens is something that’s under consideration,” Yellen said in an interview with ABC News on June 19.

Most of Biden’s cronies, however, take the opposite view to that of the senile trasury secretary: on the other side are U.S. Trade Representative Katherine Tai and National security adviser Jake Sullivan, who see tariffs as valuable leverage in getting concessions from China. These skeptics want a tariff cut paired with another measure designed to keep pressure on Beijing to change practices that the U.S. says put American companies and workers at a disadvantage.