Western Lies, Russian Success – It Ain’t the Flow of Weapons, It is the Soldiers 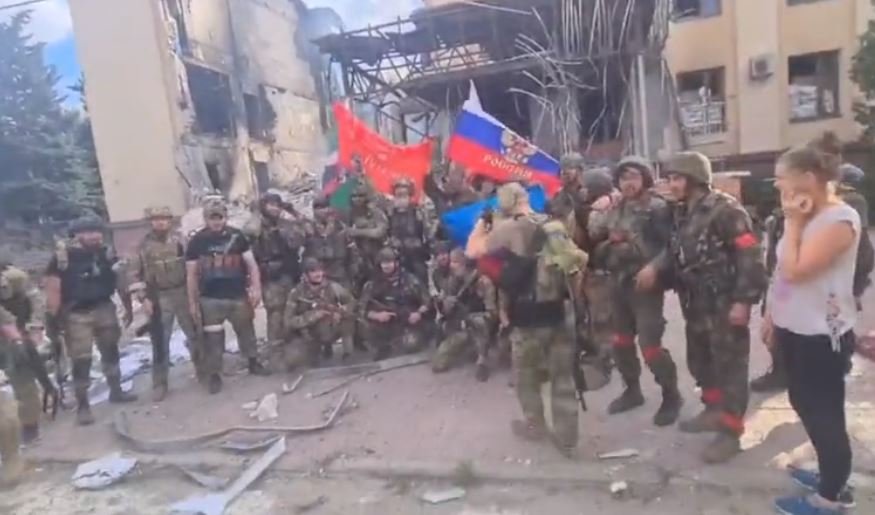 A note from the author:

My friends, Jim and Joe Hoft, are being attacked by some readers of this website because of what I am writing. Some of you (and you know who you are) accuse the  Hoft boys of being “pro-Putin” or “pro-Russian.” Why? Because they allow me to write about the real situation in Ukraine that does not kow tow to the bullshit narrative being spun by Dementia Joe Biden, Nancy Pelosi, Charles Schumer, Lloyd Austin, Hillary Clinton, Clinton-lackey Jake Sullivan, George Soros, Mitt Romney, Adam Kinzinger and Liz Cheney.

Now, if you are comfortable endorsing the pro-Ukraine, fight to the death of Russia messages those folks are repeating ad nausea then we are not friends. The people I named above epitomize the evil and corruption that infest Washington. They oppose vehemently the idea of America first. And they do not believe the Democrats stole the election from Donald Trump. I do. So, what you think of me spouting pro-Putin propaganda, it is not. It is my declaration of ideological war against the neo-cons and deep-staters who are hell-bent on destroying this Republic. They want to persuade you to back another phony foreign war that has nothing to do with America’s security while they do not do a goddamn thing to stop the flood of illegal aliens crossing our southern border. At least Vladimir Putin is not afraid to defend his nation’s borders.

Recent tweets and newspaper reports in the United States persist in peddling the myth that Russia is struggling to make advances, while Ukraine is loading up on advanced weapon systems (provided courtesy of the United States and NATO) and will strike a devastating blow to the beleaguered Russians. Read for yourself:

U.S. officials acknowledge that as Russian forces have massed firepower, they have gradually seized territory in the east. That includes capturing the strategically important city of Severodonetsk in June and threatening to do the same in its nearby sister city, Lysychansk.

U.S. officials have downplayed the gains, calling them halting and incremental, while highlighting the significant number of Russian military fatalities that have come as a result.

But the Ukrainians have sustained heavy casualties, too. Independent estimates indicate each side has seen tens of thousands of soldiers killed and wounded. The Pentagon has largely refused to publicly discuss its assessments of killed and wounded.

Denial ain’t a river in Egypt (i.e. The Nile, lame humor), but it is flowing at flood stage in Ukraine. Apparently the Washington Post reporter writing this fairy tale (published today, Saturday) did not get the news that the Russians now occupy Lysychansk and the Ukrainian troops are fleeing the area as fast as they can (hoping not to meet Russian artillery rounds).

I want to focus specifically on the bogus claim that Russia is suffering just as many casualties as Ukraine. Here is a recent video of a Ukrainian unit–the 43rd Infantry Battalion–laying down their arms and being accused of desertion:

This time from the 43rd separate infantry battalion of the UAF from Zhytomyr say that:

I challenge any western military toady to show a comparable video of Russian troops giving up. Good luck. It does not exist. Instead, you will find those rowdy Chechens celebrating liberating Lysychansk (with an allah u Akbar tossed in for good measure):

You do not hear these guys bitching about being abandoned or lacking in supplies. They seem pretty upbeat.

What does Russia have in store for the next phase? Here is one possibility. Note, to quote the Princess Bride, the western analysts describing Russian progress as “incremental” means that they do not understand the meaning of the word:

In contrast to Ukraine, who is losing hundreds of troops every day because of artillery barrages and air-launched missiles, the Russians are rotating their frontline troops back home to rest and refit. You do not see any videos like the following from Ukraine. In fact, Ukrainian men are being chased down and forced to join the battle with virtually no training:

Most western military analysts and pundits have it wrong. Ukraine, not Russia, is suffering devastating losses. And those men killed, wounded or captured are not easily nor quickly replaced. Basic infantry training requires at least three months to give new recruits the most rudimentary skills for operating in a combat environment. Guys pressed into service this week would not be ready to go to the frontlines with passable skills until the first of October. I am not sure they have that much time.

The post Western Lies, Russian Success – It Ain’t the Flow of Weapons, It is the Soldiers appeared first on The Gateway Pundit.