‘We The People’ Need To Stand Up For Our Nation 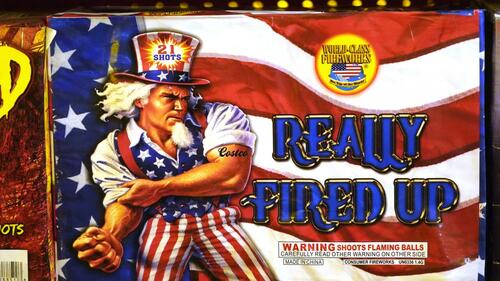 ‘We The People’ Need To Stand Up For Our Nation

Authored by Jack Miller via RealClear Policy (emphasis ours),

Our Constitution continues by noting that it was instituted “in order to form a more perfect Union,” meaning that the Founders recognized the great imperfections of the union under our first national constitution, the Articles of Confederation. They then formed a government that was “more perfect,” meaning one that was better equipped to realize our nation’s vision.

What is that vision? It is embodied in the stirring words of the second paragraph of the Declaration of Independence: “We hold these truths to be self-evident, that all men are created equal, that they are endowed by their creator with certain unalienable Rights, that among these are Life, Liberty and the Pursuit of Happiness.”

Those words set forth the vision that underlies the “more perfect union,” and the Constitution our Founders gave us lays out the means to secure that vision.

Did we achieve that vision in 1776 when the Declaration was written or in 1787 when the Constitution was created? Hardly. Has America achieved it now, almost 250 years later? No. But building on what our Founders gave us, we are much, much closer to living up to our Founding principles of equality and liberty for all.

The Founders knew that the Constitution they drafted was not perfect. It didn’t eliminate slavery, although it limited its spread. Even after the 13th Amendment officially outlawed slavery, the Ku Klux Klan embarked on lynching campaigns, and many Americans held prejudices of all kinds against those of other races.

Americans of certain races and religions weren’t allowed in many hotels, resorts, and other places and were barred from some universities. Fortunately, that historic type of prejudice has all but disappeared today.

Yet we are now at a moment in our history when the progress we have made is being reversed. Instead of getting closer to “We the people,” coming together as individuals, there is a movement fueled by some extremists to tear us apart.

We are a nation of over three hundred and thirty million people, the vast majority of whom are focused on living their lives, working hard, raising their families, and seeking to find happiness and fulfillment.

For the most part, they have been vaguely aware of the extremist fringe movement that has taken over and changed much of the curriculum and culture of our educational institutions. The same extremist fringe movement has taken our First Amendment right to peaceable assembly and turned it into violent mob rule. Our nation, which Americans always proudly said was dedicated to protecting the rights of all individuals, is now on the road to becoming a nation without respect for laws.

But that sliver of extremists and their nihilistic agenda now have gone too far, and many Americans are beginning to push back. Brave, concerned parents are campaigning for the recall of radical school board members and state attorneys general who have implemented “social justice” policies that are fomenting crime, violence, and anti-law enforcement sentiment.

Even some college professors are resisting the extremists. Recently it was a big news story when law scholar Ilya Shapiro resigned from an executive director position at Georgetown Law. After a four-month suspension for criticizing President Biden’s discriminatory rationale for a Supreme Court justice (poorly chosen words notwithstanding), Georgetown’s report effectively warned Shapiro that “corrective measures” would be taken for future “offensive conduct,” which would be judged by how people react, not the speaker’s intent.

As Shapiro wrote in his recent Wall Street Journal piece, “The freedom to speak is no freedom at all if it makes an exception for speech someone finds offensive or counter to some nebulous conception of equity.”

Our Declaration of Independence envisioned a free people exercising their rights responsibly, and it’s what we have been striving to achieve throughout our nation’s history. I don’t blame people for peaceably assembling to fight for their rights. But I vehemently resent their attempt to cast America as a failed nation. America is the freest, most prosperous nation in the world – a nation that has and is progressing toward realizing its vision, enshrined in our Declaration, of equality for all.

We’ve come a long way, and we can achieve much more if we continue to build on what our Founders gave us. So it’s now time for that vast silent majority within those three hundred and thirty million to speak out and push back. If we want to preserve this great nation of ours, silence is no longer an option.

Jack Miller is the founder and chairman of the Jack Miller Center, a 501(c)(3) organization that promotes the teaching of America’s founding principles and history by supporting professors and programs on campuses nationwide as well as courses for K-12 teachers that help them build engaging lessons for their students.